The absolutely wild weather continues, but we had a break in the rain and fog so I could pot up a few plants and contemplate future actions.

I have no idea where the celery is going to end up in the end. Probably in its own larger pot but for now it’s in a one gallon grow pot with a good handful of bio fish fertilizer. Celery is a bit of a heavy feeder and you got to take care of it.

I HAD three fennel- now I have two, because when I looked at the forming bulbs, two were fine, and one (not pictured) had little bugs living inside the bulb. This one was ok though. 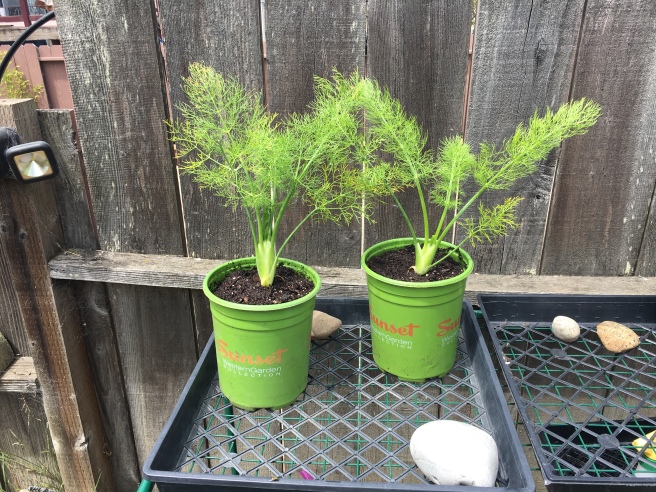 Now while the celery will probably have to graduate to a bigger pot, Mr and Mrs Fennel can probably stay here till I’m ready to eat them. Fennel is funny- put them in the same pot and they’ll go to seed instead of produce a bulb. You have to either space them a foot apart in a bed- not ideal for an urban garden- or give them their own little pot to live in. As tasty as their fronds are- I like to cook with the bulb!

Unfortunately the logistics of my oregano is getting complicated. It should go in the sun herb bed where the sun herbs live- but something is wrong with that bed. I think the soil has gotten really compacted because it’s draining really poorly. It, along with my 4×4 shade herb bed is the oldest bed in my garden, and I think it needs to be dug out. I don’t want to lose most of the herbs in it though, so it would be a real project- I’d have to dig out all the herbs I want to keep and keep the root balls wet while I heavily tilled and amended the dirt… anyways so the oregano is going to stay in it’s pot for a while while I contemplate matters. 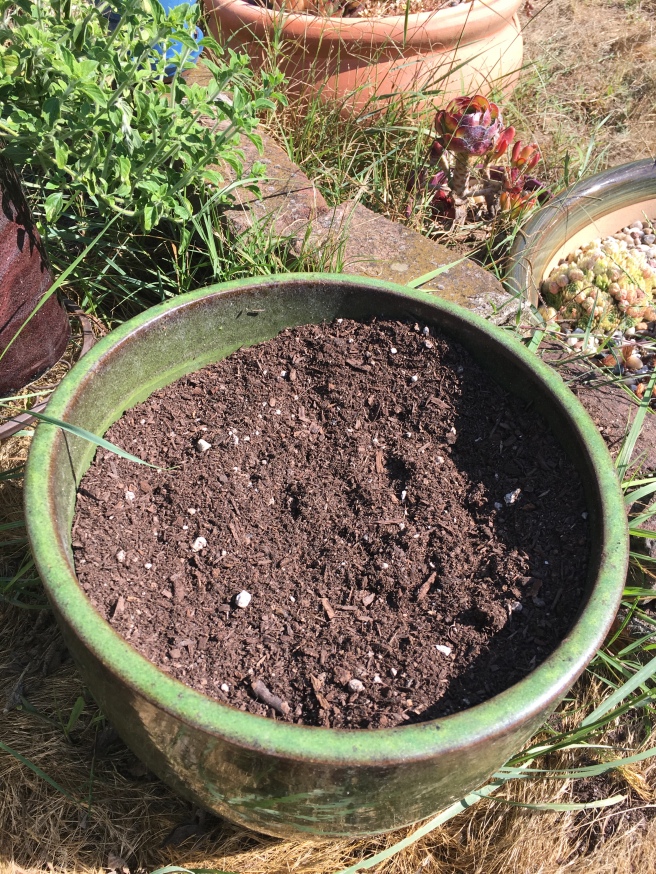 I ripped out my gigantic flowering dill weed, and next week I’ll re-sow the dill. I’m trying to figure out if I have the right dill seeds for my needs however, so I’m also waiting til next week. 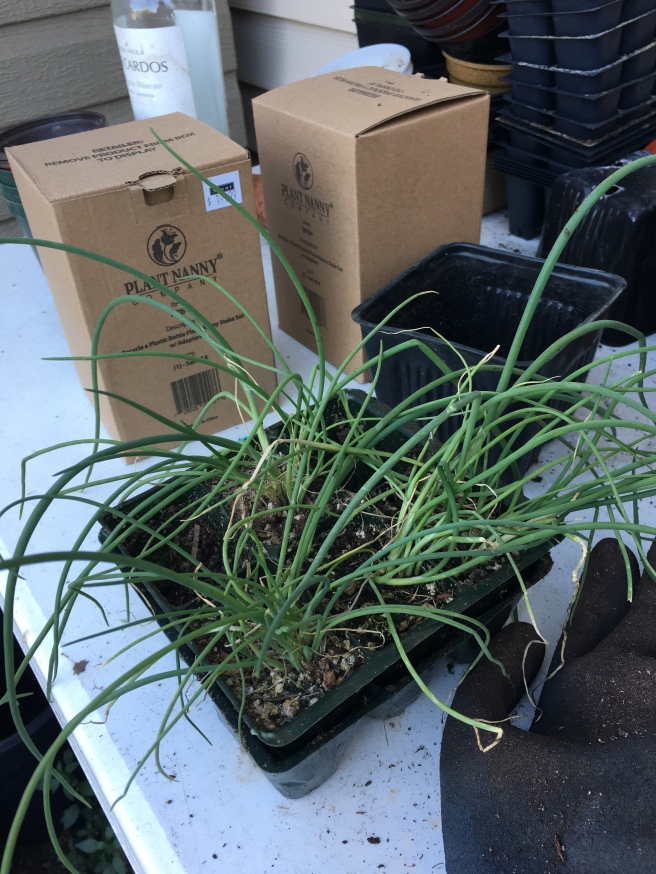 And of course I still have four cells worth of onion starts. Arg that is too many onions! Which is a nice problem to have.

This area which has only a lone romaine can house some of them. I’ll probably have to break out another fabric pot for the rest. I’m trying to tilt the garden into more perennials and longer growing root veggies anyways, so I suppose I’ll figure it out.

The dill isn’t the only thing that needs re-seeding- I have to go into the beet bed and the carrot bed and the leek pot and re-seed what I’ve picked and what never popped up in the case of the leek pot.

So while I have more work to do in the garden- I suppose August has gotten off to a great start.

Now I just have to figure out if I can save my potted tomatoes or not.

Many tears are going to be shed over that I’ll tell you.

3 thoughts on “August work part three: putting things in pots and looking ahead”