Root vegetables that is!

Every other Tokyo market turnip is maggot eaten. But the two I’ve eaten so far have been safe. I’ve been tossing the duds. I suspect no matter how mild a San Francisco spring and summer are- turnips are a winter crop, if only because of the damn cabbage fly.

But happily cabbage fly ignores carrots and potatoes, my other root vegetable loves. (And beets, but that’s another post)

Anyways, I ripped out the last of the carrot bed today.

Most of the carrots left were certified messes, except for a few really nice Kuroda, that got a nice trip to the sink to clean them and are now living in the refrigerator til I eat them up.

Now the trick with growing carrots is that if you fertilize them too much or use anything with too much nitrogen, you’ll get great big bushy tops and not so great roots. And it’s carrots- the roots are the whole point. Enter- neem seed meal. 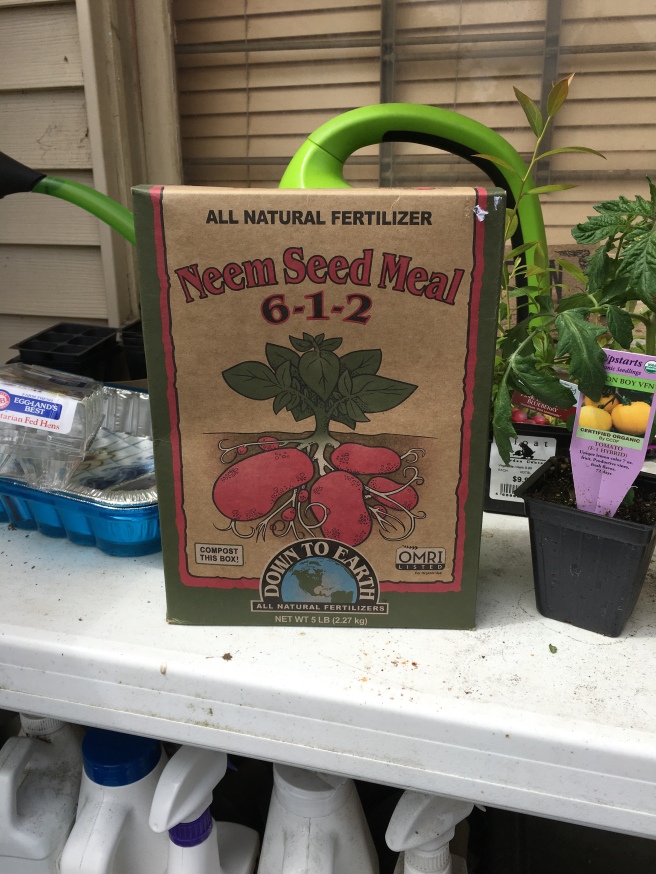 Specifically formulated as a fertilizer for root veggies, note the potatoes on the box, neem seed meal is great for helping your root veggies grow great without putting too much energy into the inedible parts.

Score one for my new job, I’d never heard of the stuff until I started working at Sloat.

And yes- it’s from the same plant that neem oil is from.

Kills bugs grows carrots, what can’t the neem tree do!

Also it smells amazing. Like- I should be putting this on steak before grilling it amazing.

Kuroda carrots are wonderfully sweet, but their main advantage is that they handle hotter temps better than most carrots. Considering that these carrots will be maturing in late August, one of the hotter months in my fair city, I’ll take it.

I spaced my carrot seeds appropriately this time instead of willy-nilly.

Now it’s just a matter of keeping everything moist until they germinate.

Now onto the potatoes!

It is high time I filled up those bags with soil for maximum spud production.

I put a good fistful off the neem seed meal in each bag and then spent the better part of a half hour wrestling soil into bags that would rather not be filled. You have to cover as many of the lower leaves as possible because covered leaves equals more spuds.

And I love spuds. 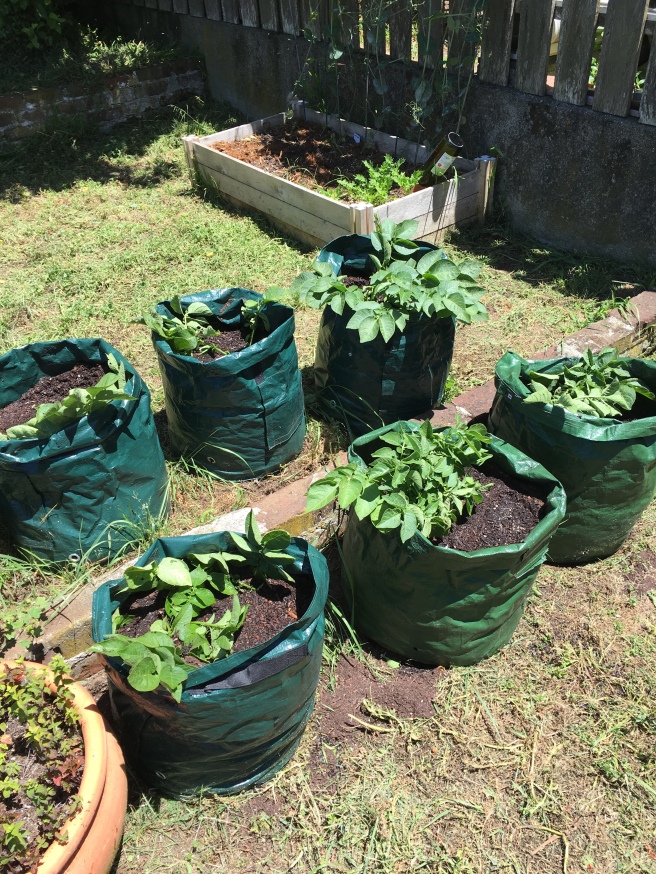 I watered the heck out of all of them, and hopefully the tops will grow more, and then I’ll fill the bags completely to the top and then by August/October I’ll have more potatoes then I know what to do with.

2 thoughts on “Taking care of your roots”