So it’s stopped raining during the day, though it’s still drizzling at night and in the early morning.

This is good for me, as it’s giving more time to plant and pot things before next Monday when the rains return. 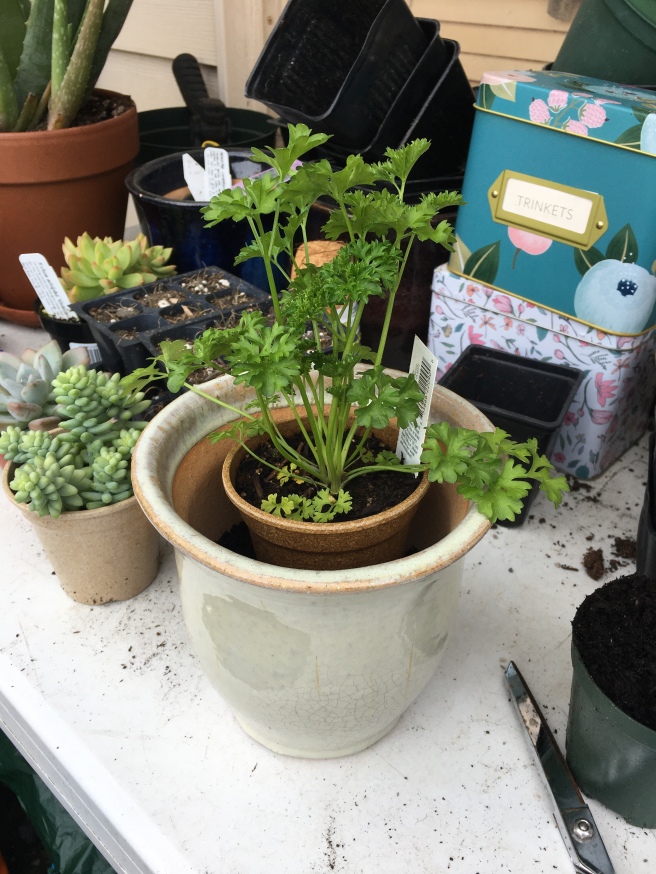 What’s kinda nice is that with my new parsley I have an excuse to use one of my pretty magnolia pots. 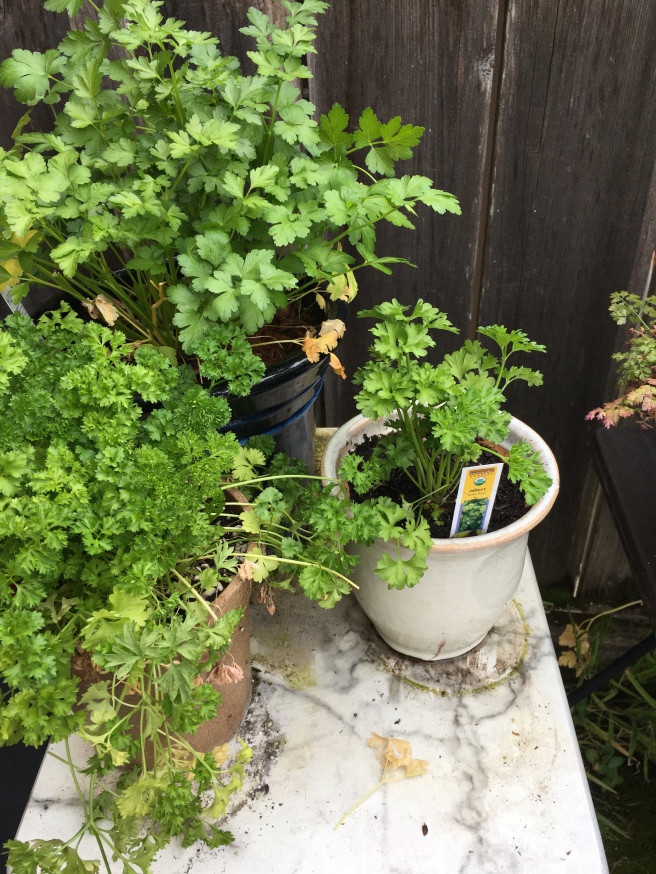 And so another parsley for parsley island.

This was nice and easy- but my next planting job was a good deal of work. 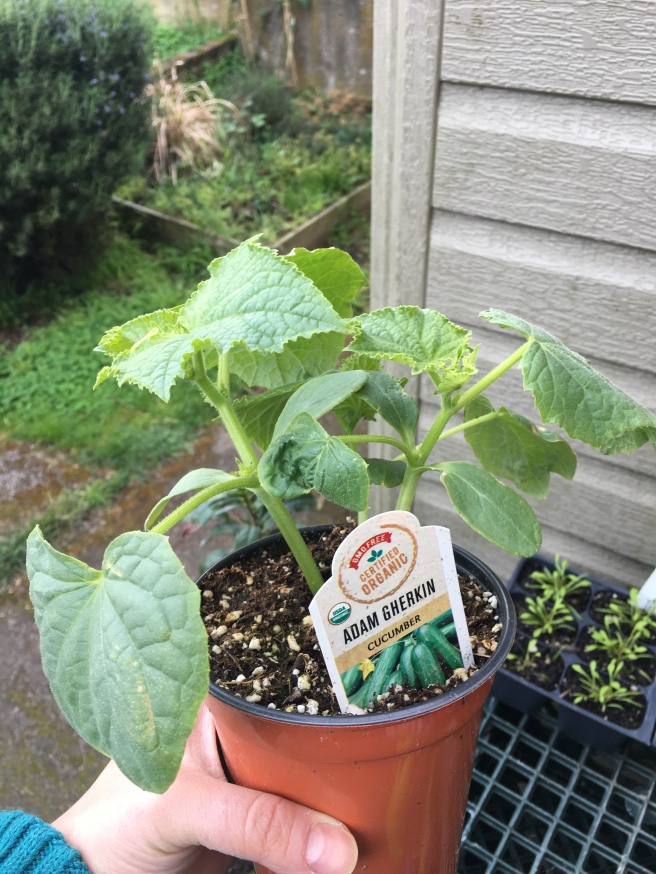 This is the cucumber that I picked up on my last day of work.

It’s actually three plants in one pot. I’m starting some cukes in transplant pots but this will give me an early start. Unlike squash that absolutely hate wet weather and get mildew at the drop of a hat- cucumbers are more moisture tolerant so you can plant them earlier in the season than summer and winter squash.

Which is decidedly weird as cucumbers and squash are very close relatives. 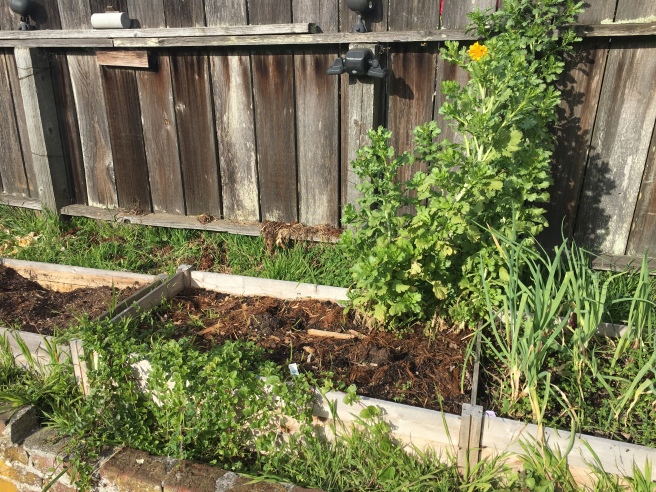 So I really want to put the cukes in the bed with the yerba and the Shungiku.

It’s a tad depleted but I have loam builder. The stuff is like 50% chicken manure and can wake up any soil. It took some time getting the ground to loosen up after all that pouring rain, but I had time and a trowel.

While working the bed and pushing aside the Yerba Buena I broke off a couple of stems. 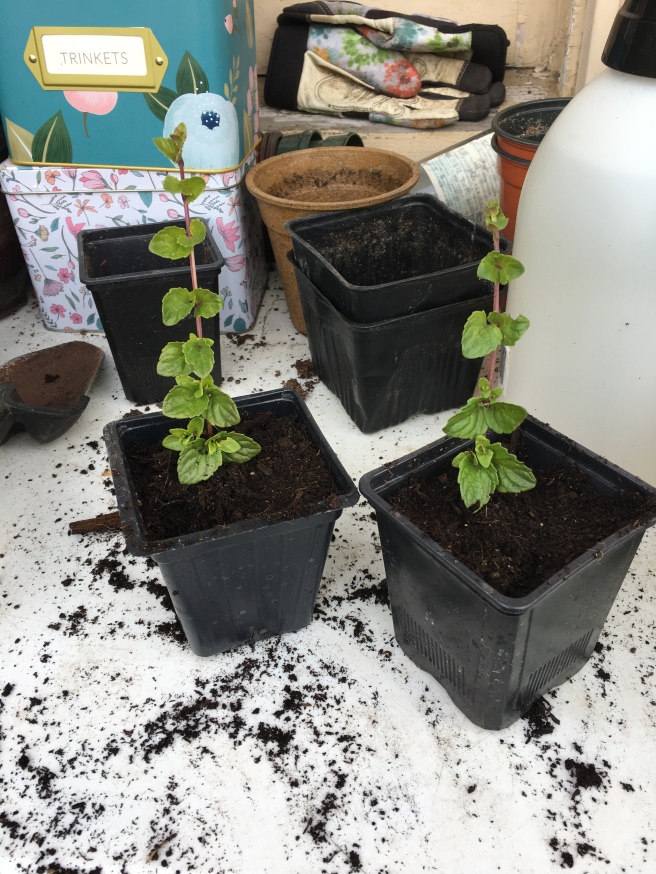 Ok I guess- we’ll see if they take.

Back in cucumber land I get ready to separate the plants… 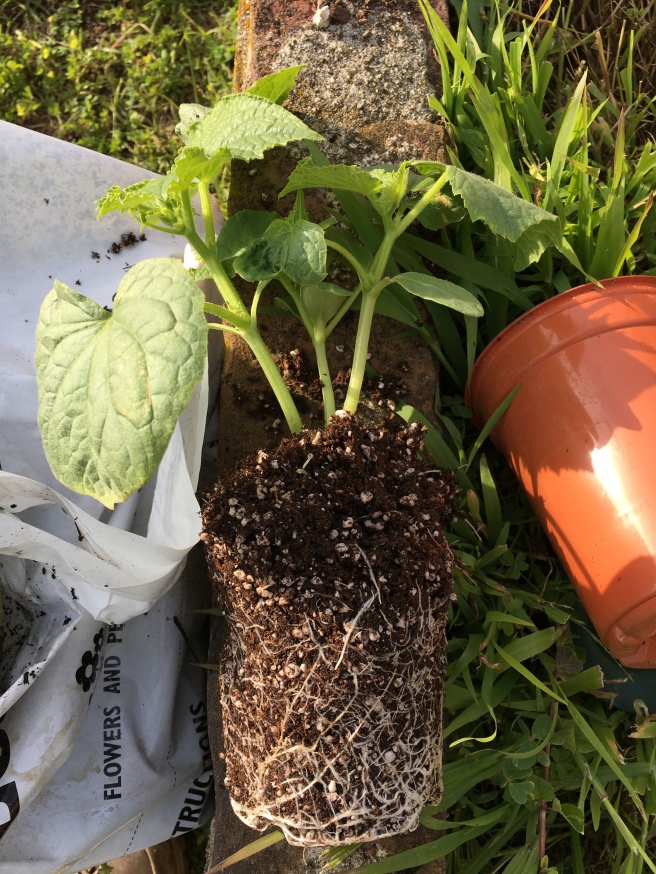 They’re too close together. I can’t separate them without risking damaging them.

Ok so I have to be creative. This isn’t that bad- I just have to put together a trellis that I can train the plants on in separate directions that will get me the most out of my gherkins. 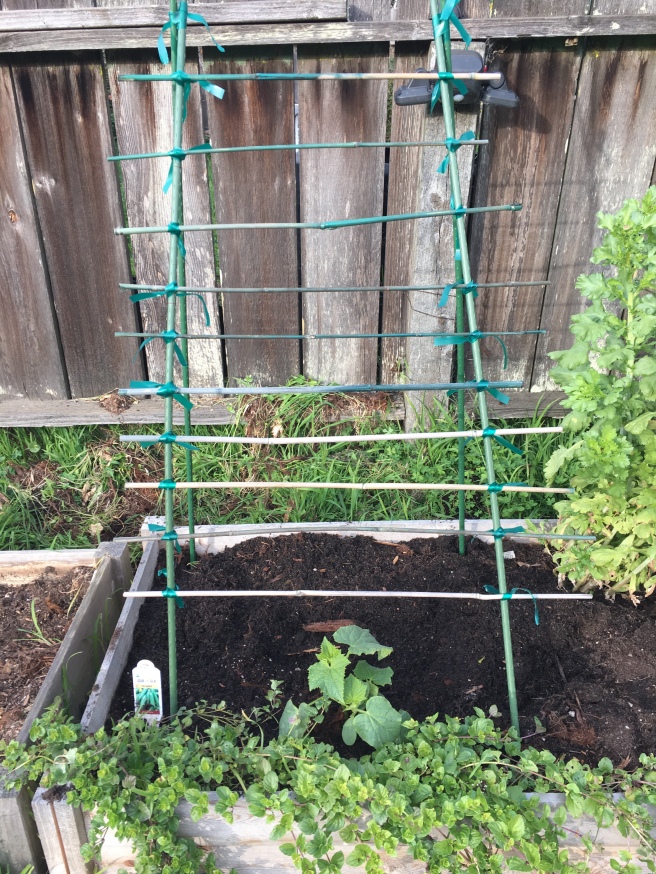 I am ridiculously proud of this. It’s two of my tallest steel stakes in the back with two slightly smaller steel stakes laid diagonally to meet them. Then I took my worst old bamboo stakes and cut them in half and tied them to the sturdier stakes in a ladder.

This way as the three plants grow I can train them to the sides, and since the trellis is at an angle hopefully when the plants bear fruit it’ll hang down and be easier to harvest. 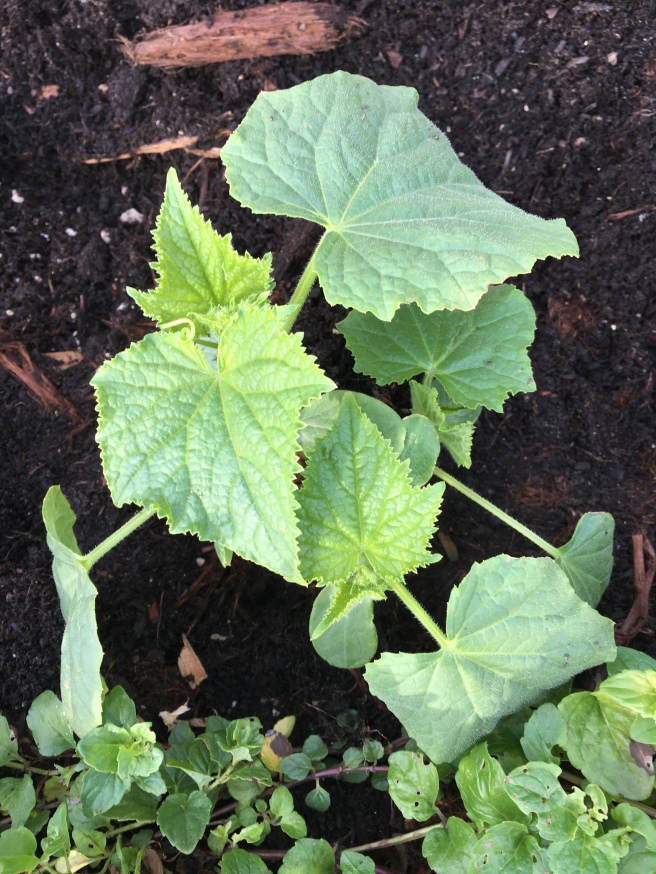 They’re nice little plants- and since I have gherkins and tarragon I’m looking forward to making cornichons! 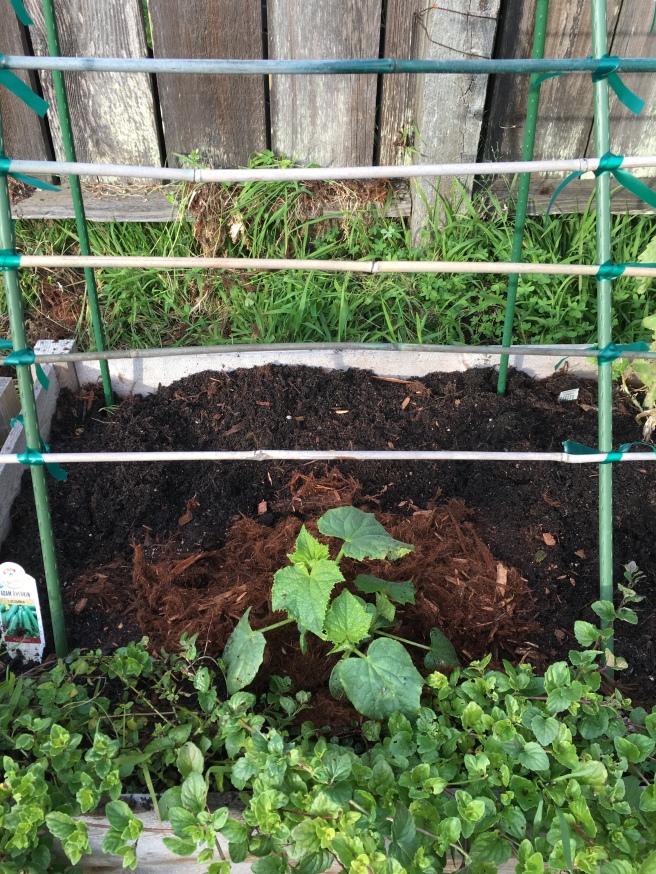 I did mulch the plants, as despite the wet weather cucumbers can be thirsty. 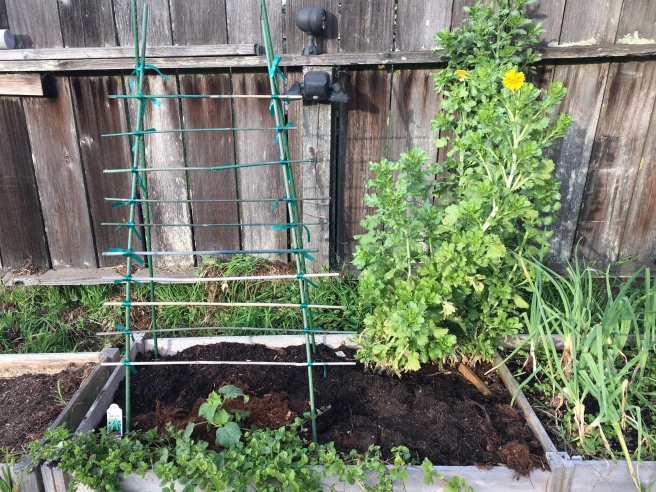 I can let the shungiku get huge and complete it’s life cycle from edible plant to pretty ornamental plant while also growing cucumbers and continuing to let my Yerba Buena live out it’s destiny.

But what of that empty bit in front of the shungiku… the possibilities are endless!