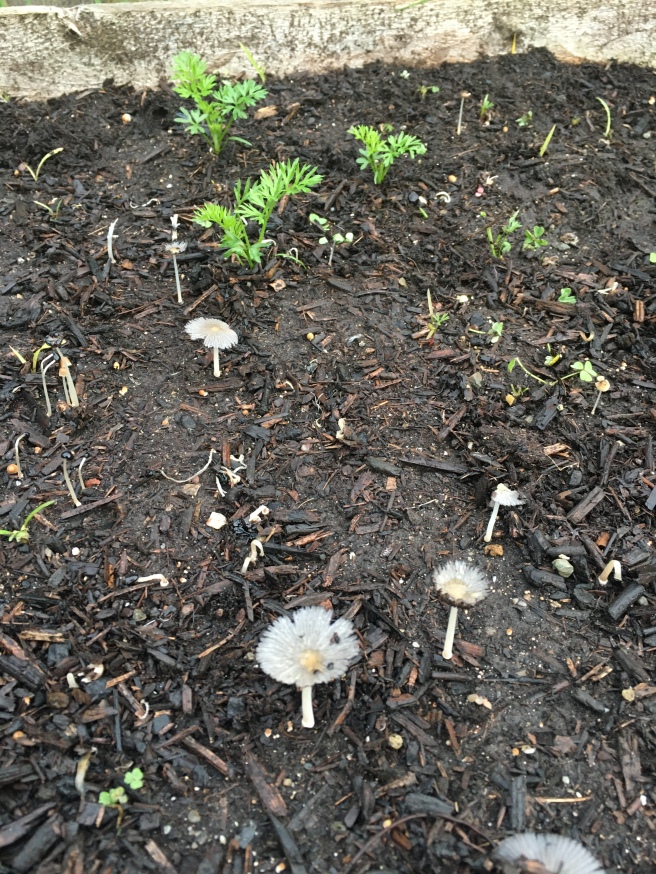 Now there’s some partial good news in this picture- it looks like the carrots have sprouted!

However you might also notice the goddamn mother-hugging mushrooms sprouting their stupid goddamn caps all through the goddamn soil.

In other making me swear new and inventive invective news-

The scale on the green onions got so bad I had to dump the pot. Until I can give the weeds a shave and start using ant traps or ant specific nematodes on the garden I can’t have scale bait plants anywhere unprotected- so bye bye green onions in low pots.

The Brussels’s are an enigma- I probably will get some sprouts from the green ones but they’re a buggy mess.

And the two bok choy in the 4×4 bed are mysteriously bolting- though it’s most certainly my fault for delaying planting them for as long as I did. In my defense dad was in the hospital and I was lightly distracted- but still. 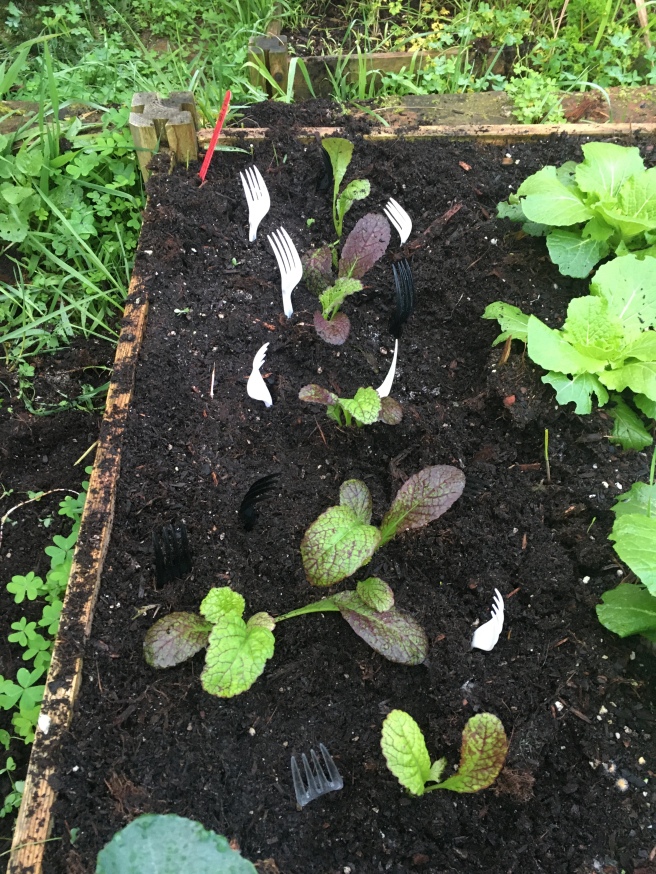 Same bed- but a solution rather then a problem. Or rather a solution to a problem rather then just mindless kvetching. So yesterday I went out and the local criminal had dug up one of my mustard greens.

Luckily the root was in good shape so I just replanted it- and instituted operation: plastic fork.

Ok- perhaps an overreaction. Still. I’m kinda over checking the soil and getting a hand full of cat turd.

Yes I could wear gloves but that’s not the point.

At this point, when my mother gets to this point in my post you’re all going to be able to hear, no matter where in the world you are, a clear and slightly New York accented voice say: “WEAR YOUR DAMN GLOVES!”

The front fabric bed is kind of a mess but I’m waiting to mulch it until my last lettuce goes to seed because this was a seed gift from a friend and I want to pass that forward.

Now onto the really good news. It looks like every single garlic clove I planted has sprouted! Yes some weeds also but this is the beds that get a lot of poppies and that’s just accepting a native plant into your garden schema. 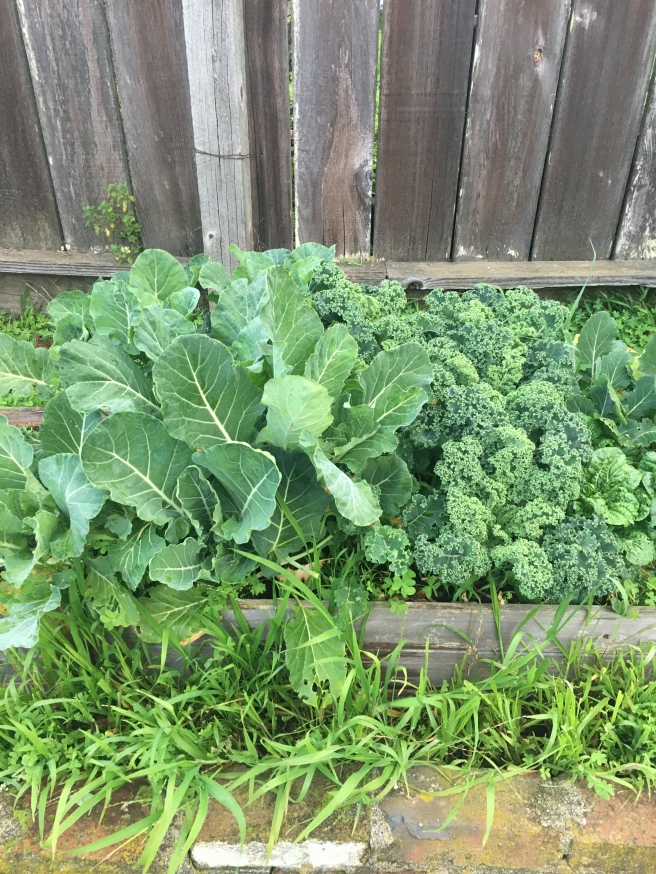 The real winners of the brassica wars are my champion collards and the fun curly kale I planted. Yummy, productive, and not bolting. basically all you want from a brassica.

And of course, still covered in pine needles, my pink lemonade blueberry. Which looks great! New growth, pick tips- In a few months or a year I should have berries which is cool! So I have that going for me, in a bed of weeds that desperately need trimming.

Ok, I’m gonna try to end on an upper.

The rosemary is flowering. Which means, on this Groundhog’s day- it looks like everyone’s favorite Phil has given his prognostication, and spring will be early. I have a lot of work to do- but dad is recovering and the weather is improving and it’s going to be ok.

Even with my failures I’m eating something from the back near every day and that is a gift from my own two hands and mother nature.

We should all be this lucky.

Fuck scale insects though. They know what they did.