Well it cracked 90 today here in the sunny Excelsior and I felt like I was going to melt out of my shoes.

Had to do some mid-day emergency watering, which is always fun at noon. Then once the sun wasn’t so high in the sky I did some planting and an even deeper watering that meant I was out until literal nightfall. At least a summer night is pleasant, even though the mid-day temps were brutal. 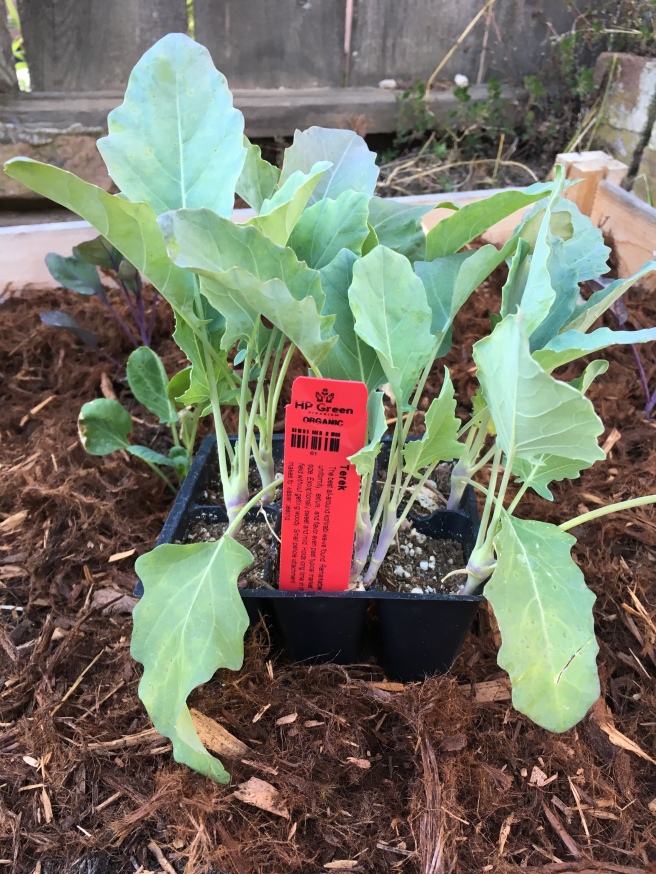 Kohlrabi! Now this, unlike the Brussels sprouts, is a veggie I’ve grown before. It’s actually pretty easy, and is one of the real fun brassicas. If you’ve never eaten one before give it a try at a farmers market or a really good supermarket, it’s weird looking but tasty.

Unlike the head of cabbage or broccoli, the edible part of a kohlrabi is it’s swollen stem and the leaves. Since it’s not a root veggie like a turnip, I shouldn’t have to worry about the horror that is cabbage maggots.

Easy peasy, just put my seven little plants in a row in front of the sprouts! 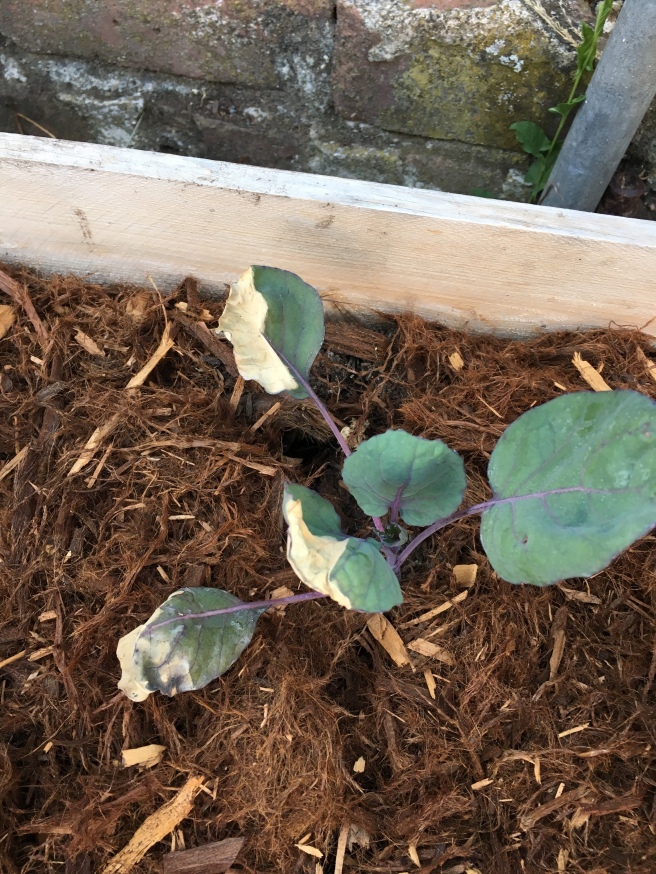 Unfortunately the sprouts themselves look a little rough. The heat has done a number on them, though the new growth in the center looks promising. Nothing some deep watering and good mulch can’t fix.

That and as we go into fall, cooler temps.

The caterpillars however, a being a pill.

See that white dot? That’s an egg! My sprouts were riddled with them. I picked off what I could see, and then it was time to spray. 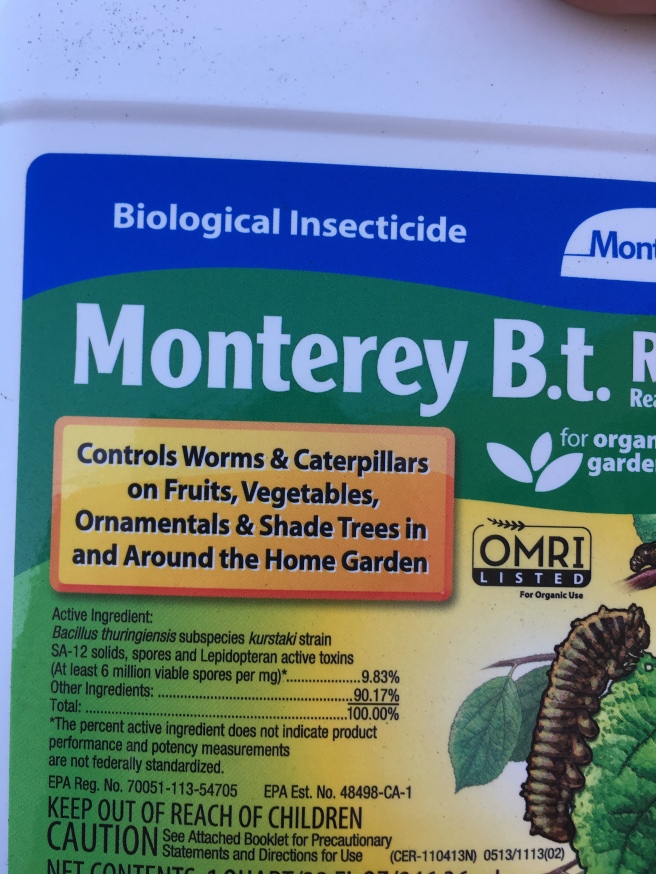 I’m just not going to fool around this year.

I also moved my tree collard over by the other brassicas, and gave him a fresh coat of B.t. as well. I got my first harvest out of him, and boy are collard greens delicious.

I’m having to move a lot of things around, as the season starts to change. So of course my latest garden map is now out of date. Oh well.

I’ll leave you with my neighbor’s barking corgi, who serenaded me all evening long as I gardened. He apparently had something important to tell me as I worked, but as I don’t speak dog it was incomprehensible.

He’s quite cute though.