So the day after my big herb pot up, when I realized that the weather forecaster was a liar, It was actually clear outside.

Well clear-ish, as I’ll get into. 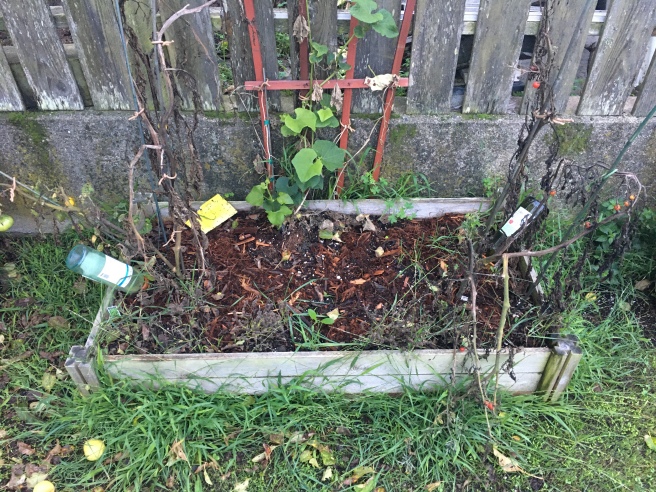 As did the dead tomatoes and basil. Poor Mr. Chayote was also a mess.

Of course now there was room in the compost bin, so I could take out the old and put in the new. That’s what I thought I’d be doing anyways, my hopes were slightly dashed.

A quick tour around the garden showed me that I have things to pick. Or in the case of the potato bags, dig up. Rain is a wonderful thing, but not just for the plants, also for fungus. If I don’t dig up the taters soon I’m gonna have mushed potatoes instead of mashed potatoes.

Also the Italian bull horn pepper is not a good candidate for perennializing. So into the bin it went- after I picked some peppers.

I lugged the pot to the holding corner.

The bush bean plant also had to go, but the soil was super enriched, I could use it for something else. 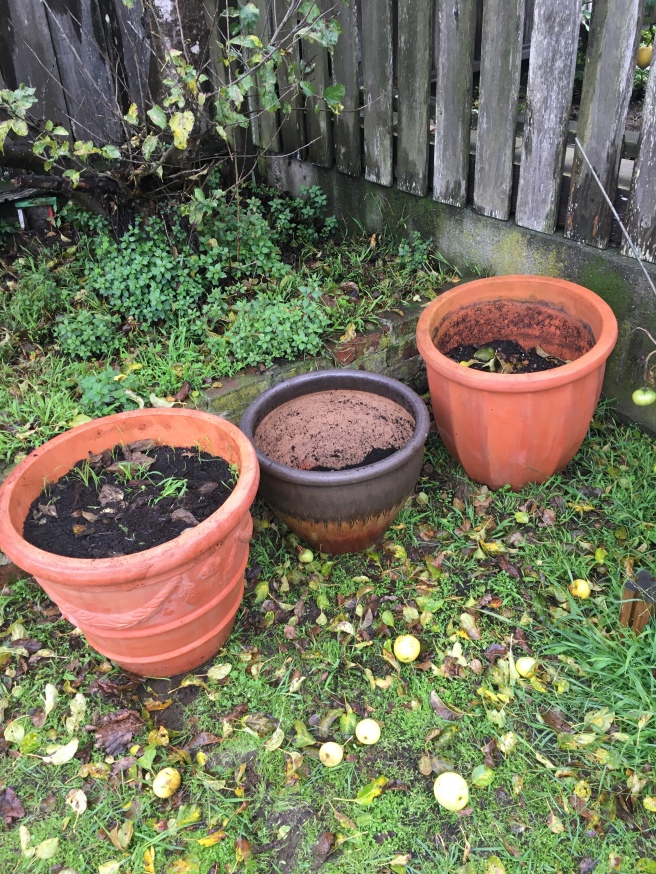 Lugging an enormous terracotta pot filled with dirt to the holding corner was way more work then I thought it would be. Made worse of course by tripping over yet more apples. 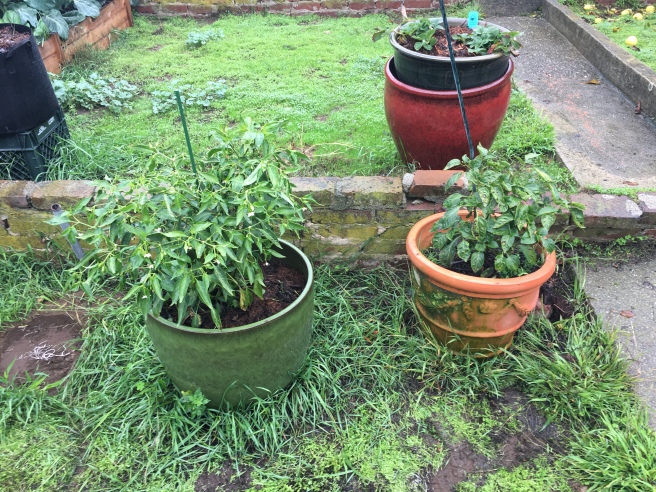 Then I shoved the lipstick pepper next to hot stuff and… I’ll just have to weed later.

At the last second I decided to try and save the chayote. I can plant around the roots, and look at that growth from the bottom!

I went to all that work to get it in and on a trellis, it would be a shame to give up now.

Oh gosh it needed a trim though.

The dry spell coupled with the last month when I’d… given up on it has not combined to make a healthy plant. But the new growth from the bottom is a really good sign.

So after ripping out the tomatoes- it was time to get to work.

Time for a haircut Mr. Chayote!

This of course, is when it started to rain again.

After a hasty and wet surgery, Mr. Chayote was little bit smaller but in much better shape.

At this point realized I wasn’t planting anything but in a burst of frenzied momentum at least I managed to pull out the soggy wet mildewed mess that was the squash plant.

So I’m half done at least.

It’s hot cocoa for me and a waiting game til my next day off, asking myself one question:

Will it be dry?