The it of course being my tree collard. The nuke of course… 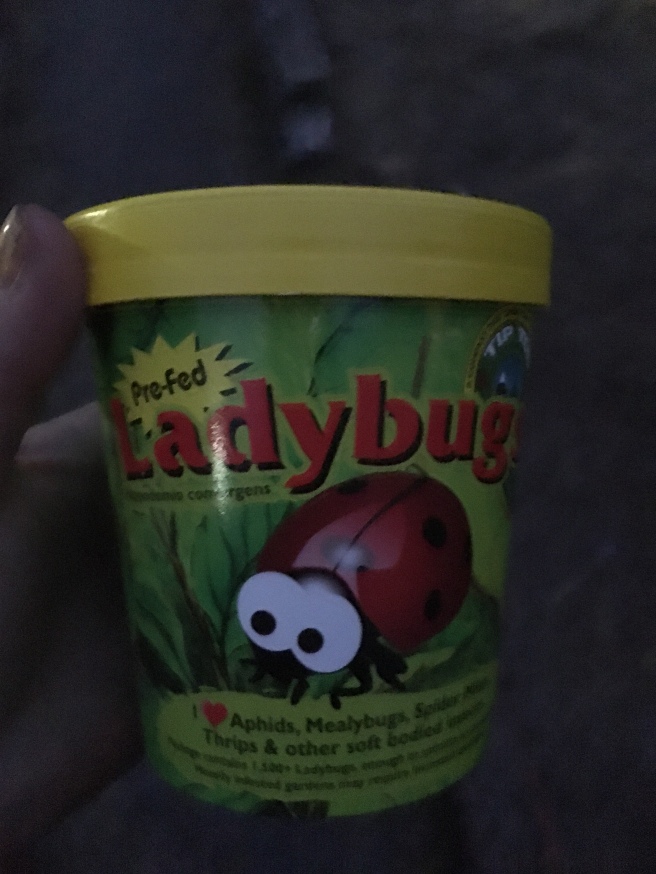 It’s not like I love the usual red and green aphids, they’re the worst. It’s just that grey and black aphids are the extra worst.

And those damn grey aphids are on the tree collard, and I killed a few black ones on my new baby celery. 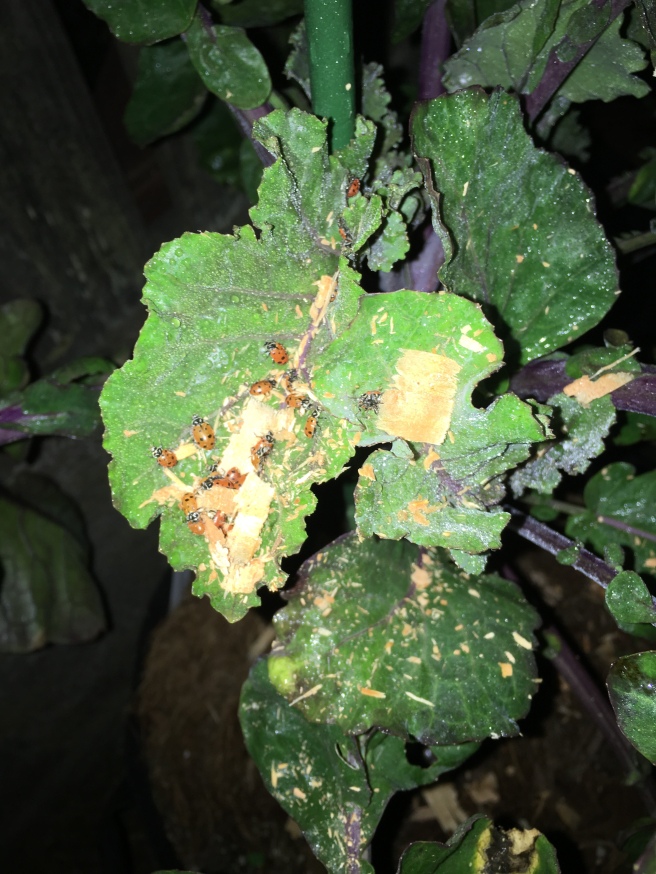 So, in the dead of night, my weapon of many little beetles was deployed. 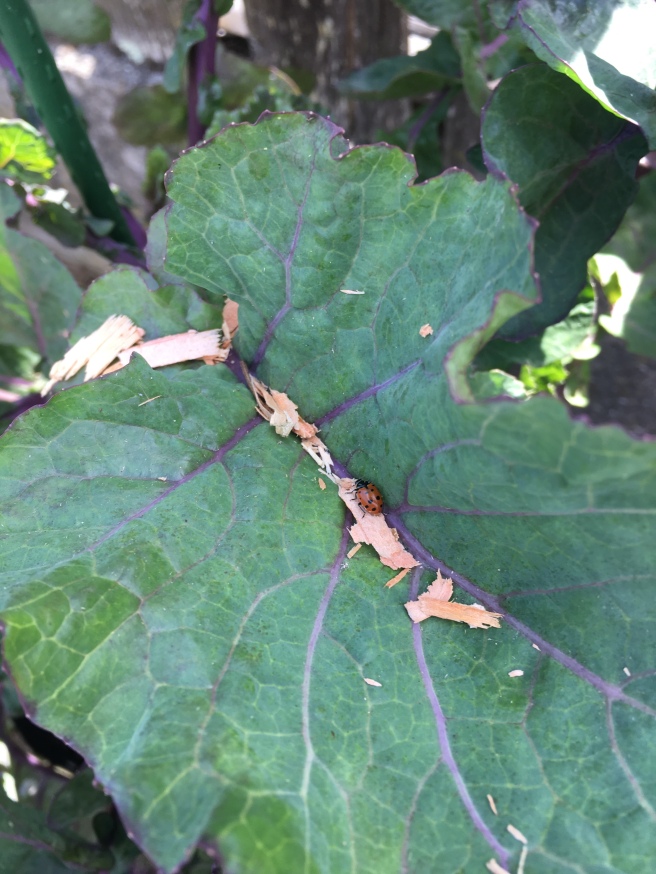 And in the morning at least a few remained! 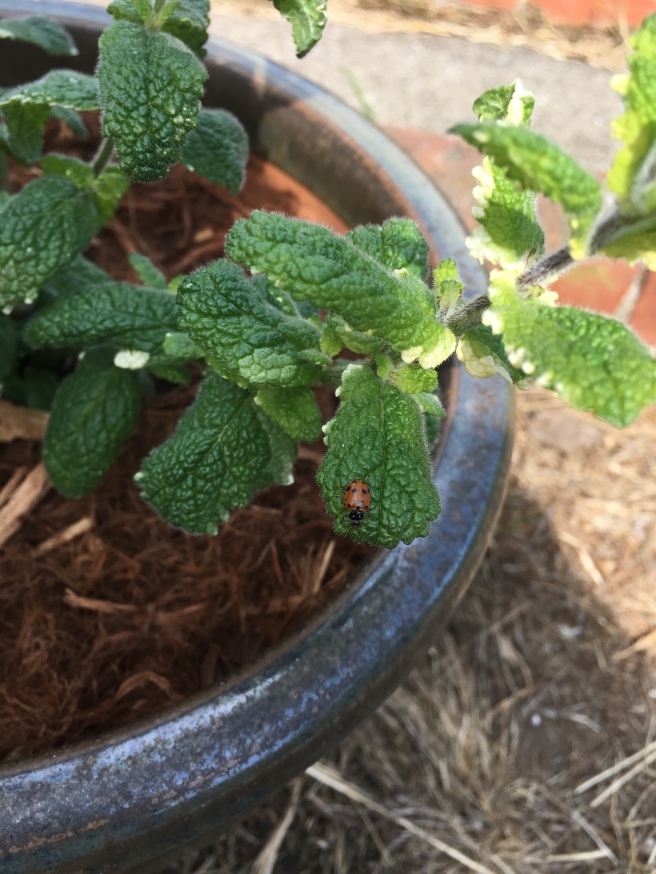 Some migrated a little off course… 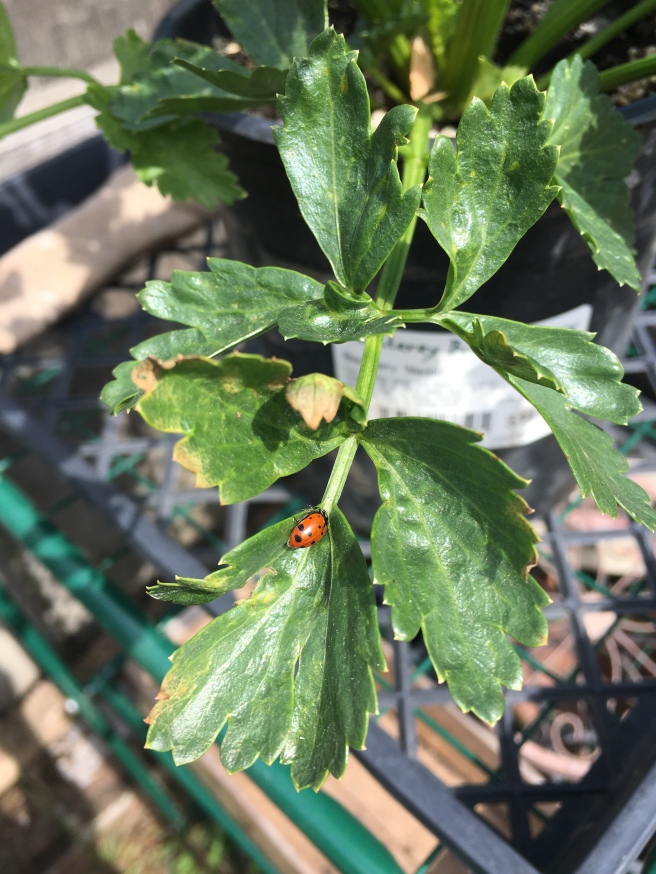 But the few I tipped into the baby celery were still there. In ripping out the awful potted tomatoes I kinda decimated my ladybug colonies. So in order to make sure I have enough eggs in late fall to overwinter, I’m probably going to have to keep topping up the ranks every month or two months until we stop selling them around November.

It’s always better to use a natural method of pest control, even over organics like neem and insecticidal soap.

You’ll pry my B.t. out of my cold dead hands though, as it’s the only thing I’ve ever done against caterpillars that actually works.

I’m a land of contrasts.

One thought on “Nuking it from orbit”