So the last couple of days were in the 80s. Today was much more sedate- but still warm for April. At least it was properly overcast. The main advantage of the extra unseasonal heat is that it’s triggering some early flowers- which is good for the bees I suppose. 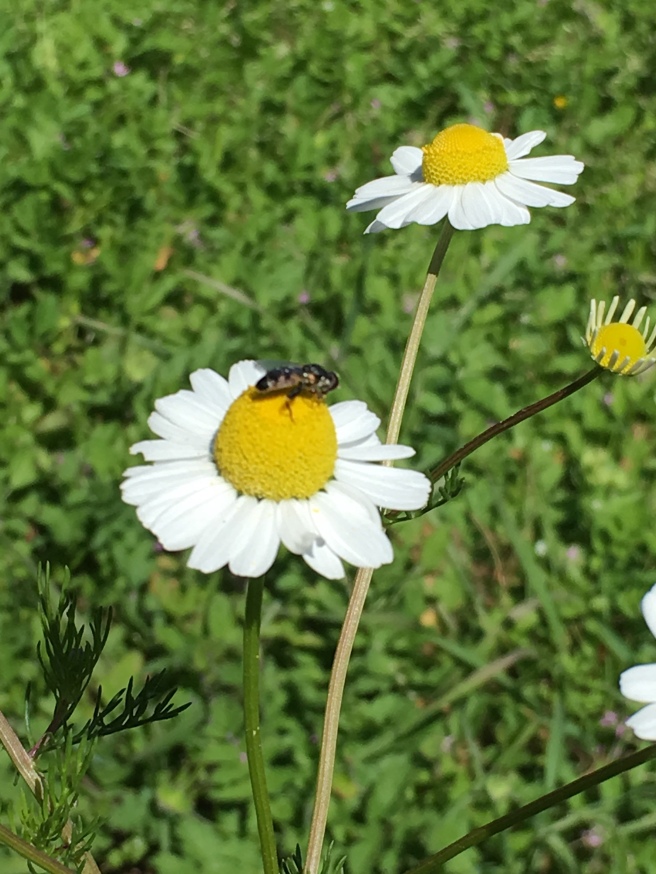 Now I’m not 100% sure this is a bee- it might be one of those pollinating flies that mimics bees. Also could be one of the smaller native bees. I don’t know. I do know that it really likes my chamomile and it is adorable.

The insect activity is reaching June levels. This is of course both good and bad. Plenty of fat little bumble bees trundling through the garden, along with some truly lovely western tiger swallowtail butterflies. Yesterday I saw the most amazing dragonfly flitting too and fro the garden. It was moving much too fast for photography but it stayed darting around for almost an hour. The bad is that the “harmless” spittlebugs are reproducing at rates that make them harmful and I had to spray them on my parsley plants and there’s some sort of small scale insect on my dill weed. Not to mention the aphids- though it looks like operation ladybug has curbed the worse of it. Also the amount of earwigs in my potato bags has me worried.

But wow the flowers. 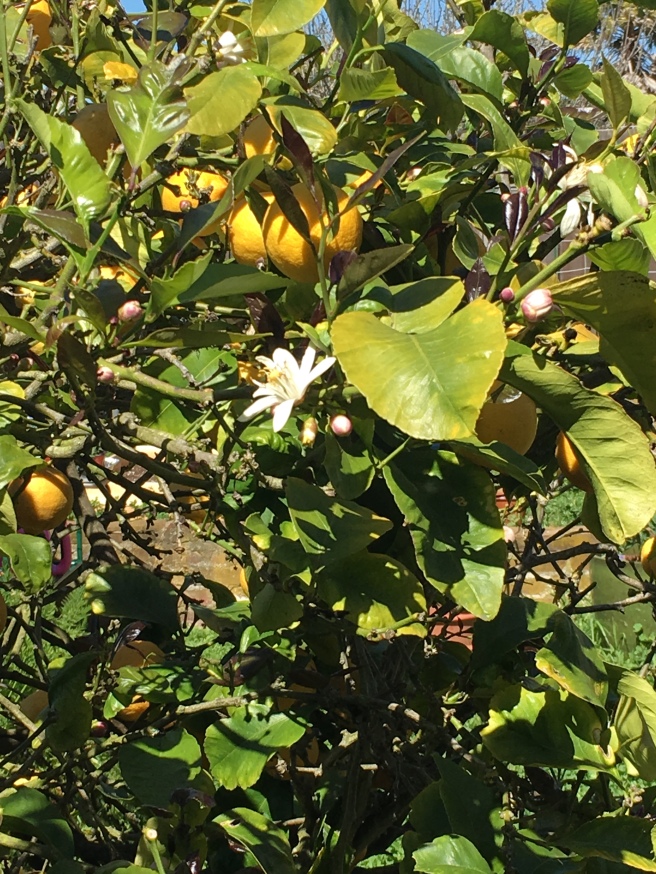 Despite being heavily laden with lemons- the lemon tree is flowering again for next year’s crop. I suspect this is due to the heavy rain it’s gotten this year. I’m not complaining- just racking my brain for lemon recipes. 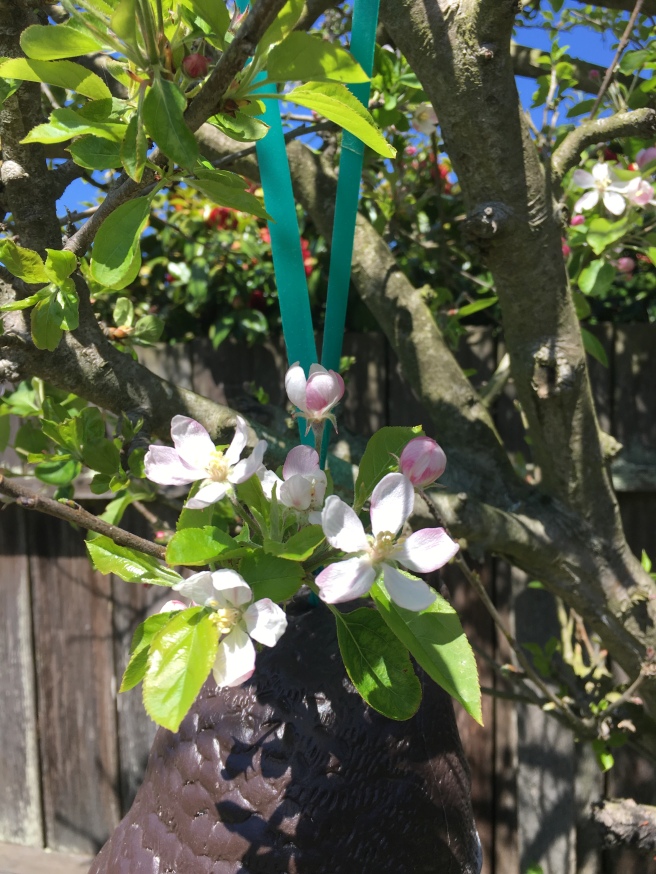 The apple tree is also setting out flowers. For a few year later during the drought I thought we’d lose this tree so it’s continued existence and health is an absolute joy. It is frankly a gnarled mess that desperately needs pruning but I’ll handle that this winter. For now the fact that the tree planted by my parents still lives is a triumph. 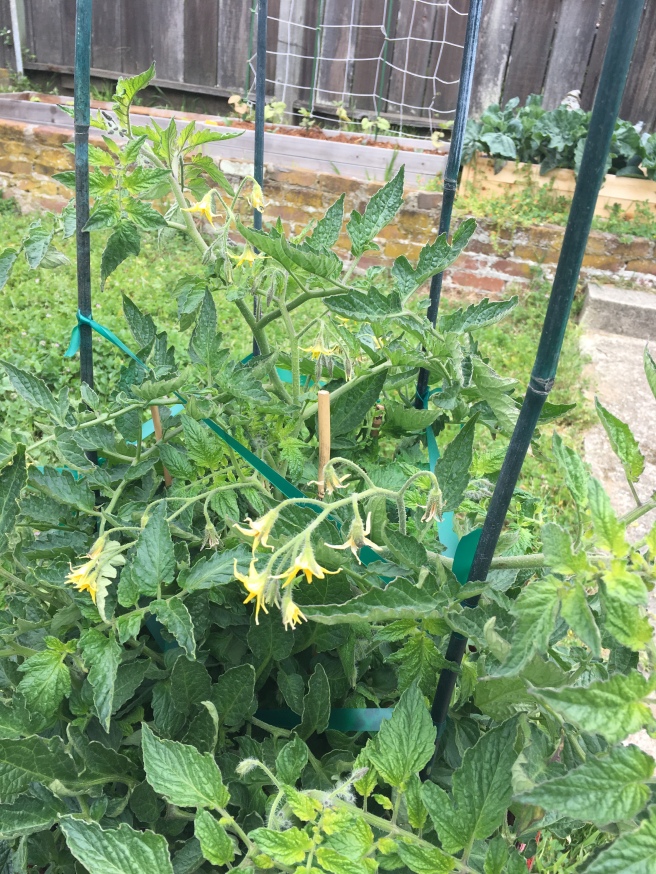 The sauce pot is flowering like mad- as is the sun gold. If half these flowers turn into fruit I’m going to have a very productive year of tomatoes. That’s a ways off. The black krim however is giving me a bit of pause. 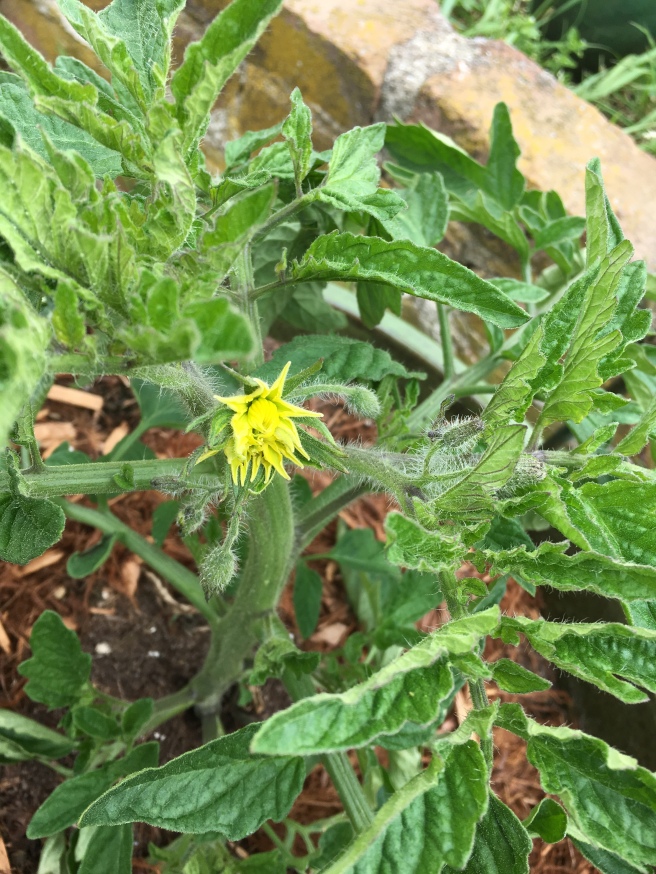 I have never seen a tomato flower look like that. It looks nothing like the other tomato flowers- almost as if it’s a related but different species. Maybe it’s a function of being an heirloom, but it’s slightly odd looking. The black krim was an experiment anyways so I’m not overly concerned. 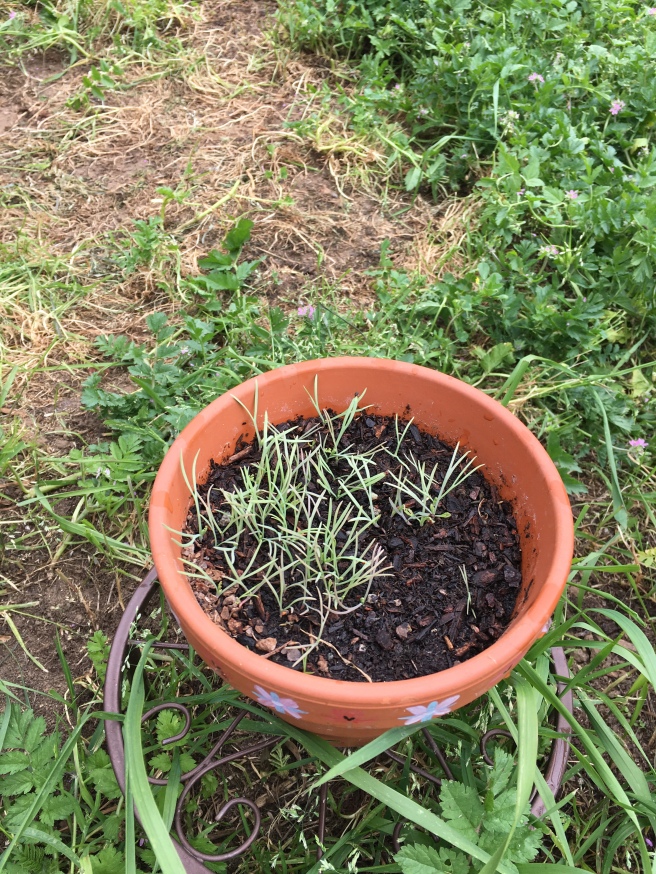 Now this isn’t flowing yet- but it’s sprouted encouragingly. This is my poppy pot, ready to give me lovely multi-colored California poppies. Highly recommend them- especially if you want to sow them in the ground, they grow like absolute weeds. In San Francisco they grow wild in the cracks of transit lines and sidewalks- almost like their preferred growing medium is concrete. 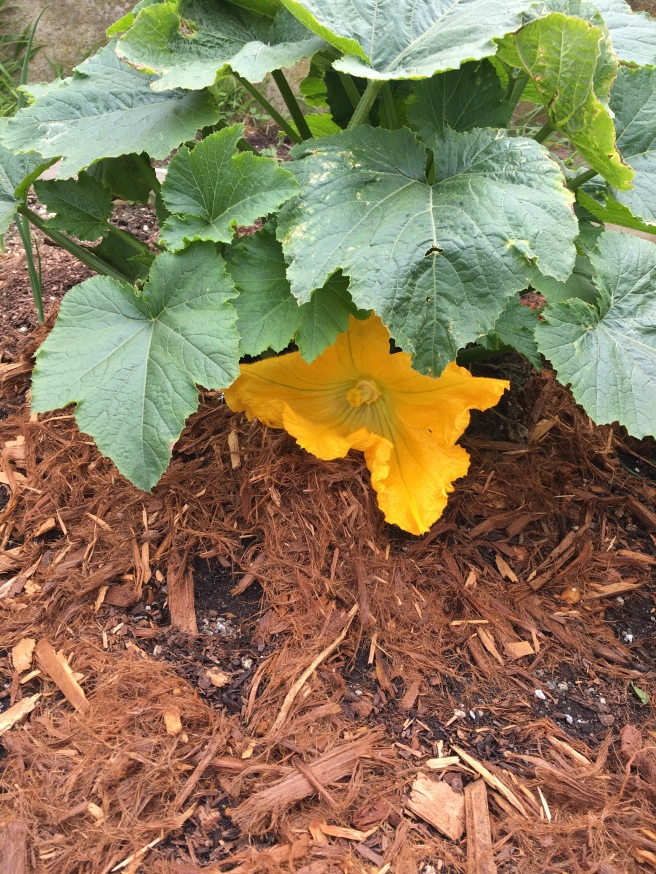 The squash monster continues to flower rather magnificently, and it’s starting to set out little fruits- 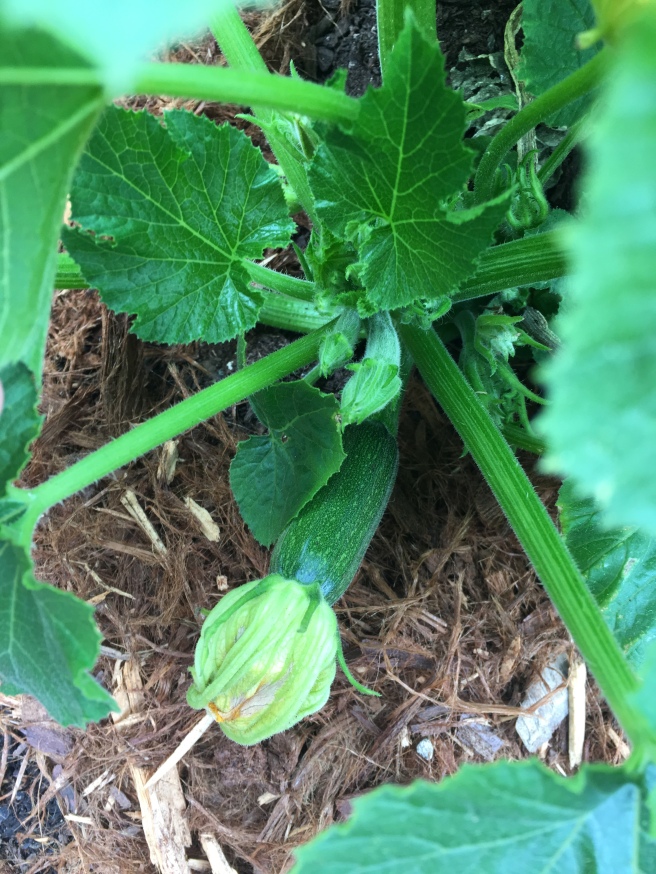 In a couple of days I’ll have my first zucchini!