Well- dangerous is an exaggeration. In many ways the added moisture is good for most of my plants.

The tomatoes are a fucking mess. No pictures, but maybe a future post on what not to do.

The powdery mildew is becoming a real pain though.

It’s destroying my peas- gonna have to pull them early, but it’s not a death sentence for most plants.

That’s a squash leaf. One I’ll be cutting off soon. It’s annoying- but the squash I’m getting is great.

Just so much squash. Powdery mildew on a lot of plants is largely cosmetic. As long as you dutifully cut off the worst leaves, the fruit will be fine.

Same with the cucumbers.

Bushy leaves that are starting to look a bit rough. 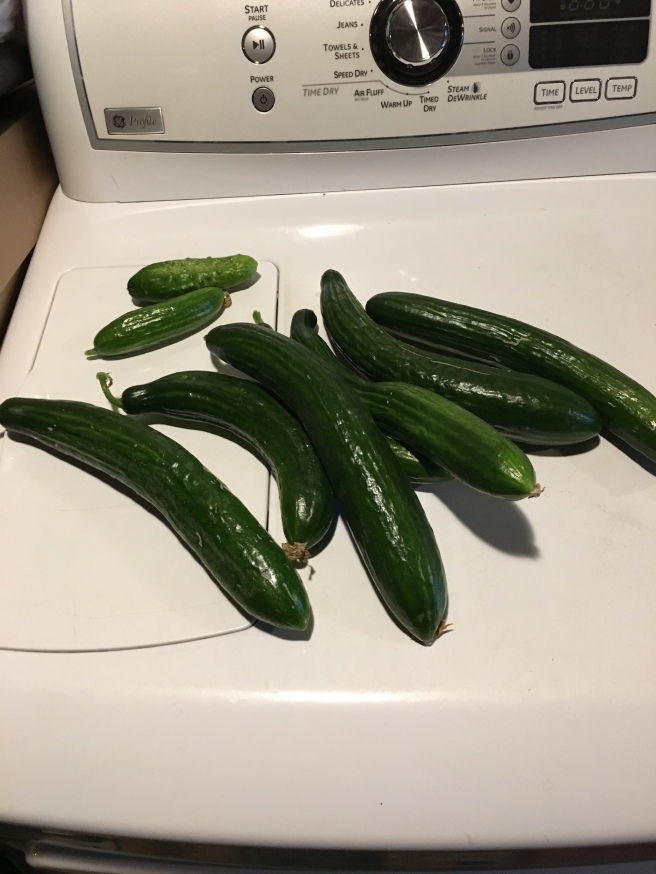 I’ve got so many damn cucumbers!

The telegraph improved in particular are the real winners here. The Boston pickles are good, but I made the mistake of letting them get too large and they became totally bitter to the point of being inedible. The telegraph can get huge and still be delicious. So now I have to be really on top of the Boston pickles and pick them young, but I can be a bit calmer about the telegraph.

I wish I knew what was wrong with the pumpkins. The vine is healthy. The leaves are only slightly mildewed, but the fruit that sets rots after a week. I’ve working in oyster shell in case it’s blossom end rot- and I’ve worked in good long term fertilizer and I’ve watered well- I’m mystified.

I’ve consulted with my boss and his suggestions is that it could be incomplete pollination or a lack of phosphorus. So I’ll work some phosphorus into the bed and next time I get a male and female flower at the same time I’ll hand pollenate just to see if it works.

We haven’t gotten too many bees this year due to the cold and damp so incomplete pollination seems likely. Guess I get to play bee this year. 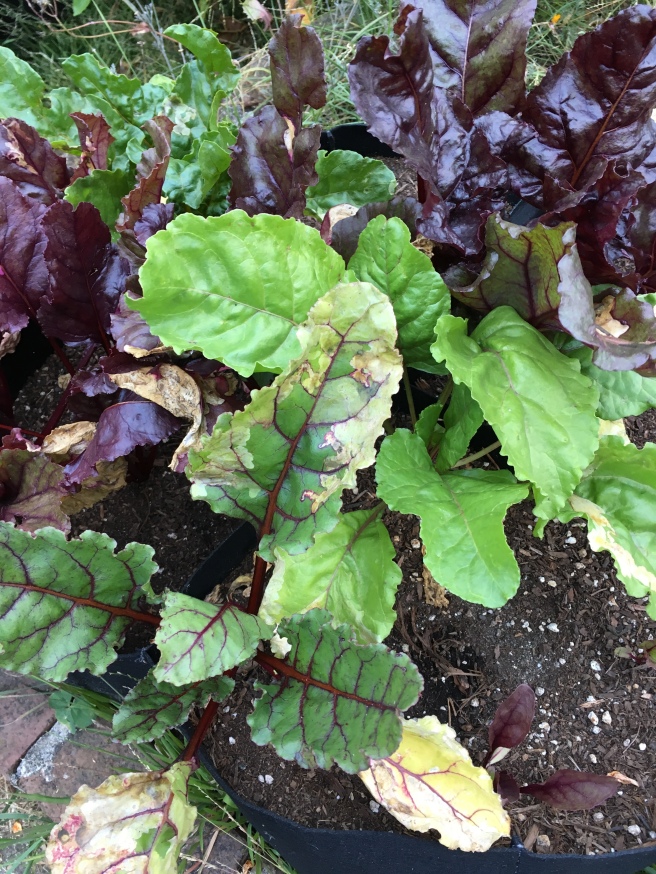 The tops of my beets also look a bit weather beaten.

But the roots look fantastic.

The weather may be terrible- but you can’t beat beets!

I will never apologize for a pun!

One thought on “The dangerous damp”