So I covered my six potato bags with more soil a bit back, and while five of those bags are going strong, the sixth decided to give up the ghost. 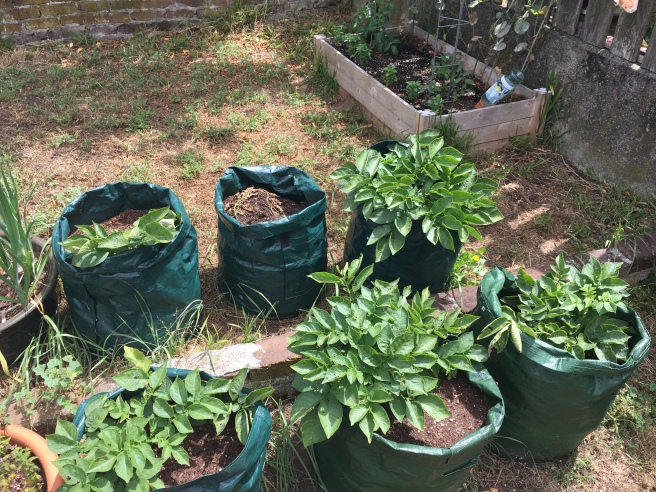 But that doesn’t mean no potatoes- it just means less potatoes. The point of continually topping up your potato bags is that the covered leaves will turn into more potatoes- but the goner plant had already grown plenty of spuds in the bottom layer. 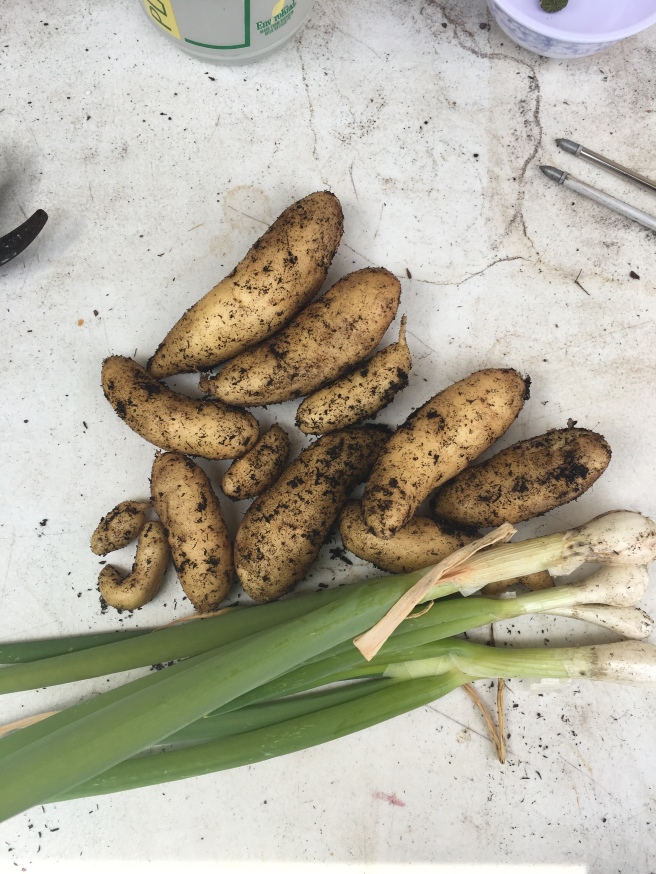 These are the Russian banana fingerling potatoes. And some scallions. This variety is meant to be eaten as new potatoes, so I had to cook them right away.

What was kind of neat was that the skins were so thin that they came off by the scrubbing with the vegetable brush- no peeler necessary!

I cut them up and boiled them with some salt. Put some scallions and olive oil on them and they were the perfect side. 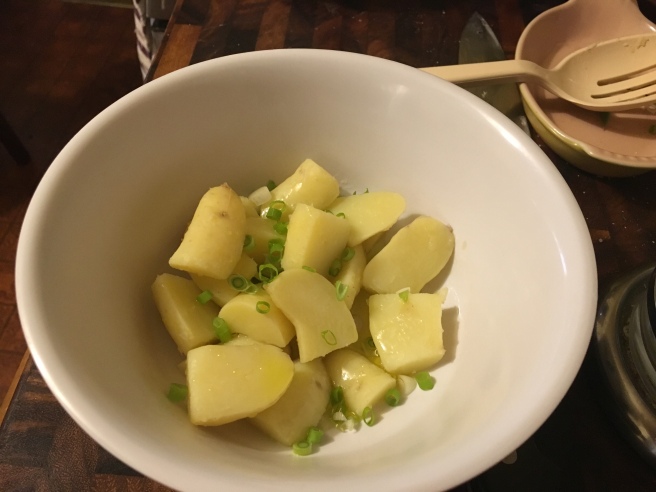 These are amazing potatoes. They’re so creamy in texture even with no cream or butter. Like nothing at the supermarket. “Russian banana” potatoes are the perfect fingerling or new potato- and you can’t get them at the store and only rarely at the farmers market.

I took out the viable dirt and stored it in the empty pepper pot for later use, and folded up the potato bag to store it in the side shed.

Next potato bag I harvest I’ll save a couple of the better potatoes so I can start some new plants.

So not a ton of potatoes- but choice ones.

One thought on “Unexpected potato harvest”