I got a few interesting herbs at work a few days ago, but due to the heat wave I had to wait to plant them. They just sat on my work table which is slightly under the overhang of the back of the house so they didn’t get scorched. 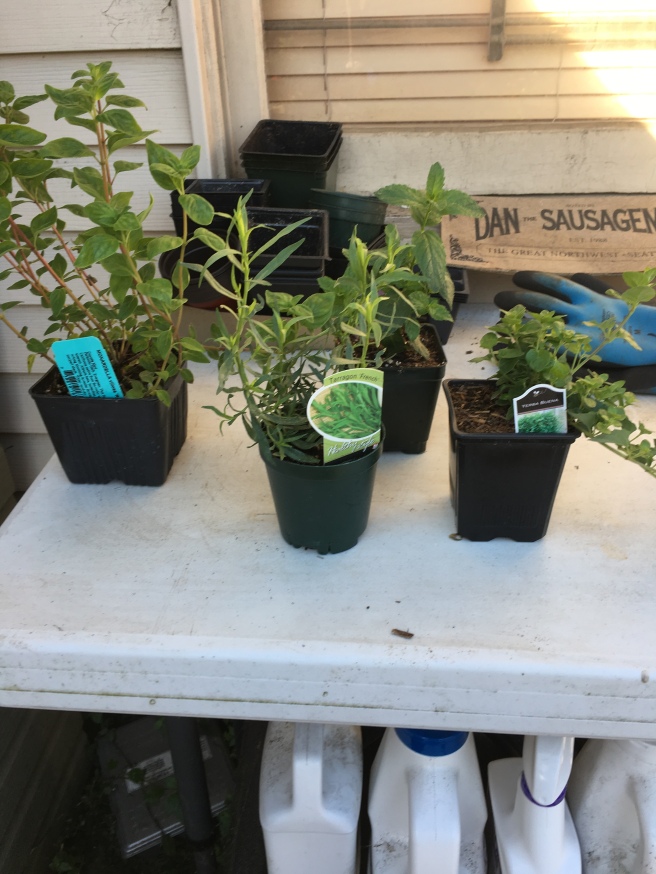 You will note the second tarragon. My original tarragon is doing great, but it’s very low and shrubby. I like big twigs of tarragon for throwing into sauces and stews and soups, so I got a second one that was growing a tad taller. 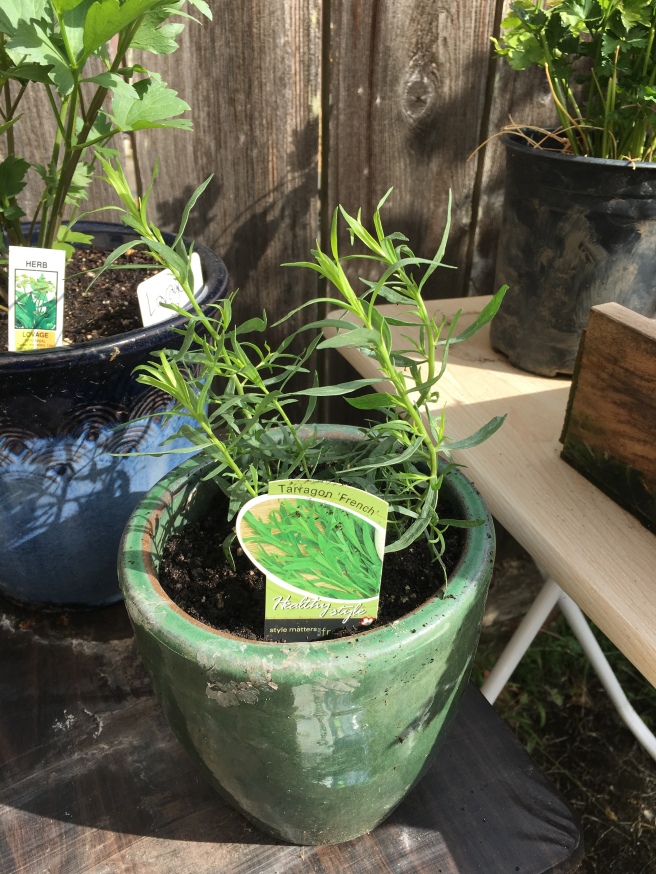 I eat enough tarragon that it makes sense to have multiple plants.

I also got one of the best smelling mints I’ve ever had- Moroccan mint. 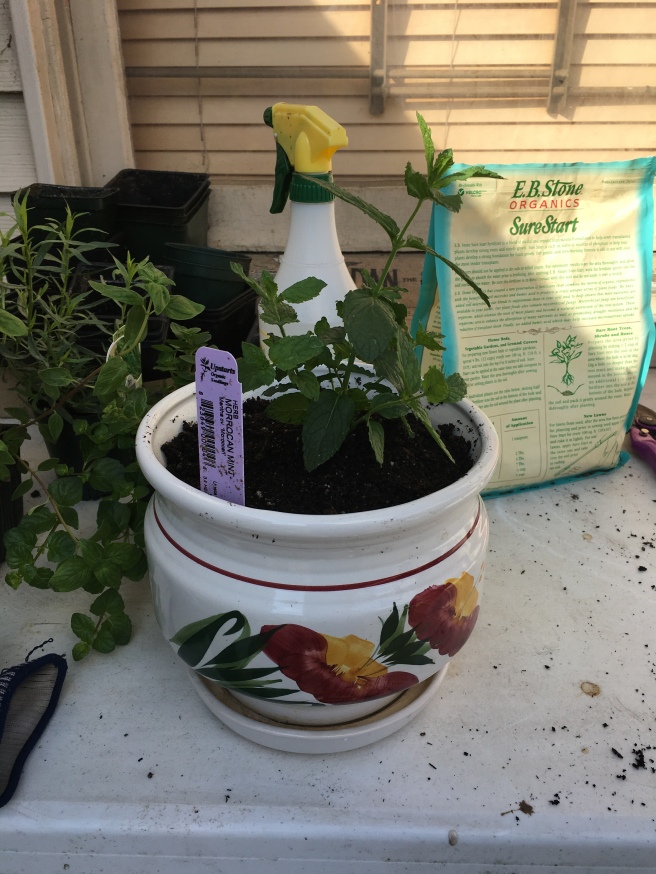 It’s s type of spearmint but it has a really deep and complicated scent. They make tea of it fairly commonly, I used to drink a lot of Moroccan mint tea, now I can make my own.

And yes, I bought a second Yerba Buena. I put her in the corner of the sunflower patch, so she can dramatically drape over the corner.

My most interesting purchase by far was the coyote mint. 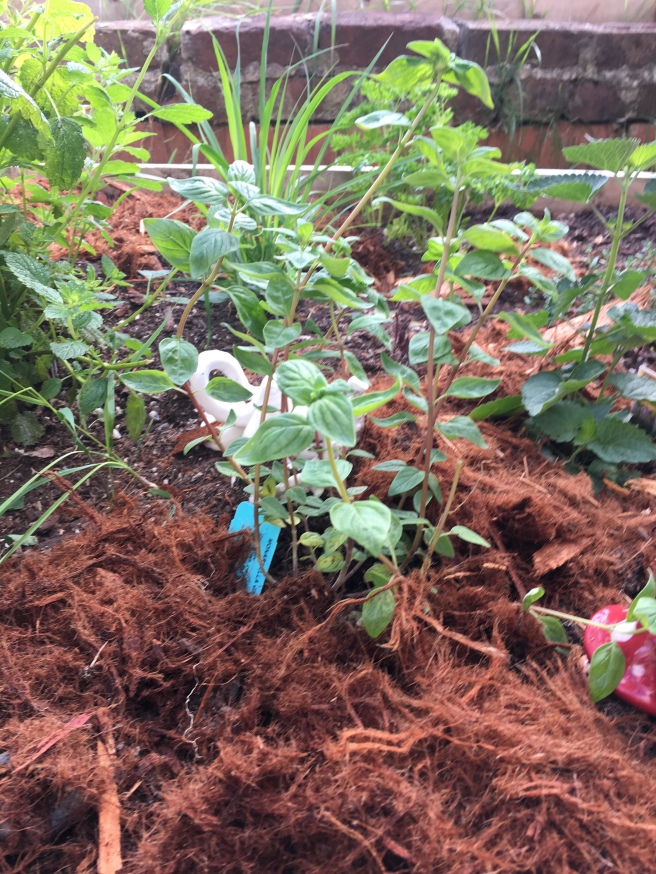 Coyote mint isn’t a true mint, and isn’t really even a culinary herb at all. It’s a California native plant that smells like mint. It’s so native to me, it grows wild around the Russian River! It’s flowers should help feed the local bees too- I haven’t seen a sweat bee yet this year and I do worry.

I used some microryzae in the pepper pot, maybe that means the roots will grow quicker.

I also took stock of my shade bed and sowed those nice black lettuce seeds that a pen pal sent me in the mail from Ohio.

And also some red scallions and some parsnips.

Now there’s some fancy dirt. I also don’t have to worry about keeping it moist, because in true San Francisco fashion, after our ridiculous heat wave… it rained this morning.

One thought on “Mid-June planting and sowing”