There are still a few herbs that are flowering slightly, including now the rosemary. It makes for some nice decoration indoors. 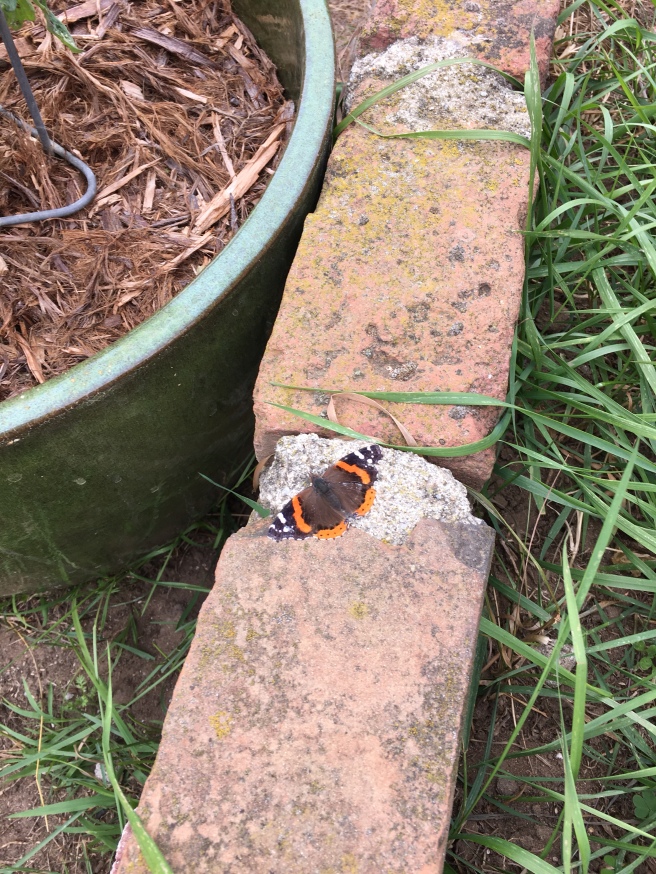 Also a nice decoration, the Red Admiral Butterfly, a common sight in San Francisco gardens. It just decided to take a powder on the brick, and stayed there while I watered. 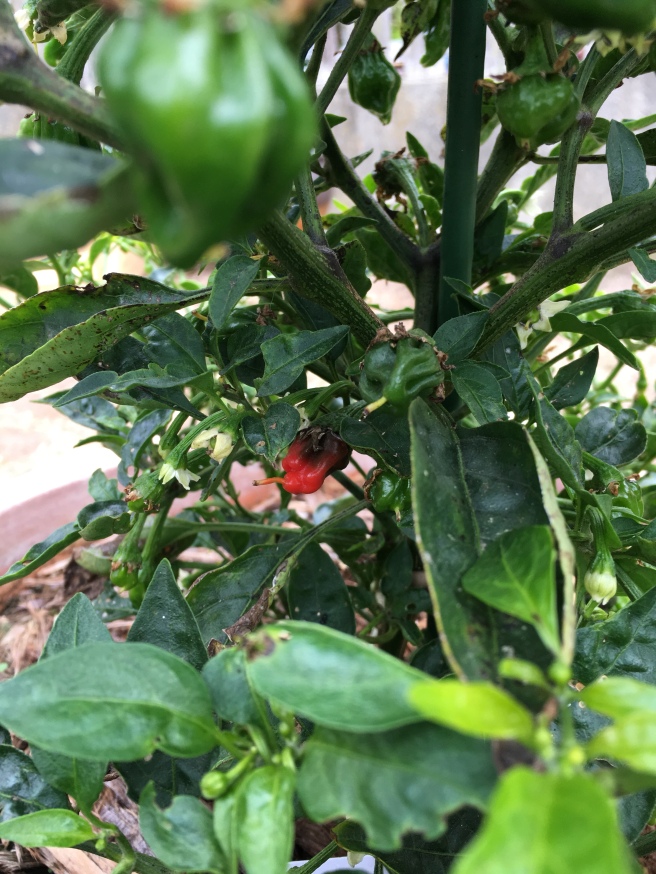 So it turns out one of the shishito peppers is ripening ahead of schedule, which is a funny sight to see. Probably got damaged by insect activity! It’s not big enough to pick, though I probably will have to. First red pepper of the bunch, which… isn’t really helpful considering its small size and the fact that you’re supposed to pick shishitos green!

The spinach is sprouting like crazy, in another week or so I’ll have to thin it out, but I’m pretty happy that spinach is so easy to grow.

Ah the lemon tree. Damn thing was here before my parents even bought the house, and it just wont die! It looks like we’re going to start getting our lemons. It’s a little early but it was very cold this summer so It’s not very surprising!

The triffids continue to exceed expectations. I keep having to prop them up with stakes as they get too tall, and douse everything in neem oil and insecticidal soap to kill the aphids but dang, they just don’t quit!

Bless the bean, the workhorse of the garden! 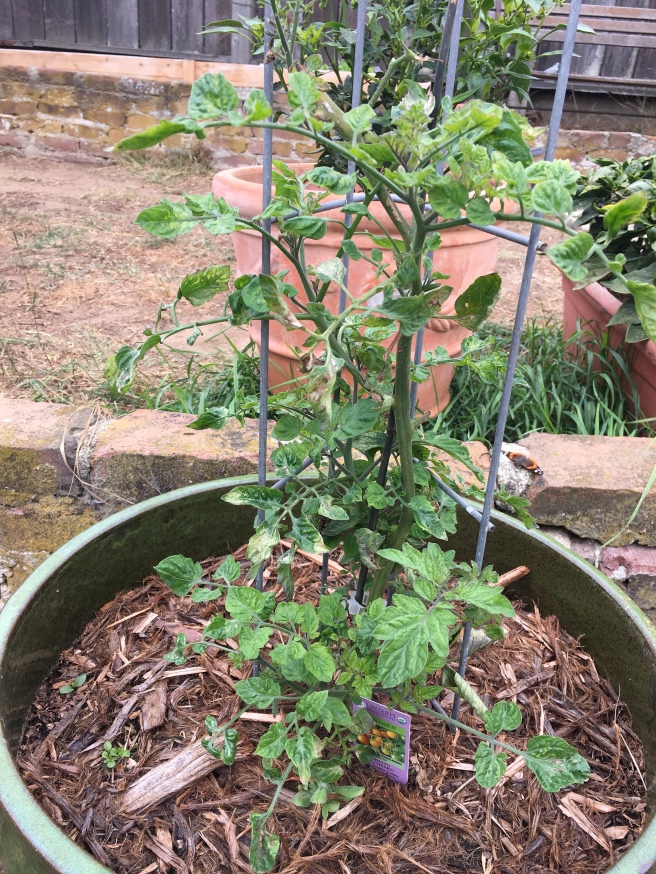 The tomato plant is just flush with fresh growth, which probably doesn’t help me get any tomatoes but meh. I’ll take it.

Despite the chilly temp, dad and dog decided to take a break outside. Dog inspected the garden, dad watched the dog on her rounds. Visible in the back is the apple tree, which is producing little hard (but tasty) apples this year, surprising everyone.

It’s been a hell of a year. But everything continues. It’s a comforting thing.