It rained in the early morning hours. 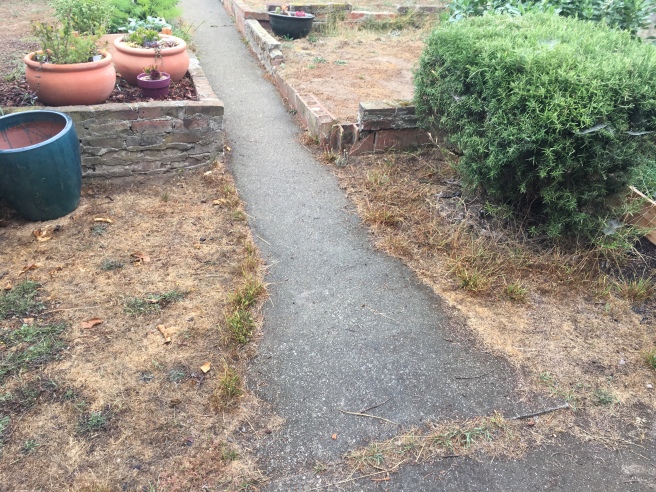 Look at that wet concrete. God everything was wet. Mind you for 90% of my garden that’s a good thing. Just not for the tomato. God the tomato.

God bless it. It put out a new flower. It lives in hope. But ugh look at those gross leaves. I’m just going to have to pray we have some sort of run of sunny days for like a week- otherwise I’m pretty sure the baby tomatoes aren’t going to ripen. I’m also postponing my weekly fertilizing. I fertilize the peppers every two weeks- and the tomato every week with a seaweed based fertilizer. But I’m not putting anything wet into that tomato pot until it dries out at least a little.

I had an idea of getting an extension cord for a hairdryer… but that’s nuts… right? 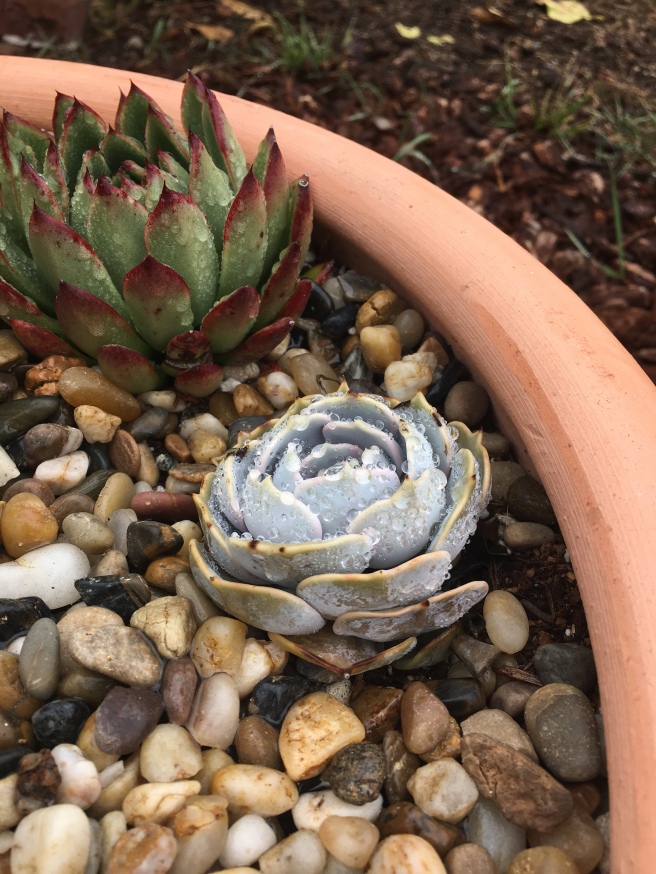 At least the rain drops made for some pretty succulents. They haven’t been watered for some time, because you want to water succulents once a month if that- so luckily they should all be fine.

The rosemary was showing off its many spider webs this morning. I didn’t have the heart to destroy them- spiders are the backyard bug I love the most, besides ladybugs of course.

Also the sage was very pretty. It also didn’t give a crap so go sage.

Some of the peppers always get water caught in their leaves- but unlike their cousins the tomatoes- peppers aren’t so water-phobic. Peppers evolved from a nightshade that was basically a weed, then cultivated by various indigenous groups in Mexico around 6000 years ago. Tomatoes, also a nightshade, also cultivated in this region, but they originated in western South America, not Mexico, though it was the various people’s in Mexico that bred it into its many forms.

Regardless of their similar origins, Peppers>Tomatoes is what I’m saying basically. They need a certain amount of heat- but they don’t get weird like tomatoes do the second the weather goes a little wonky. At least I’m not growing a paste or beefsteak tomato. They would have straight up died by now- but the cherry varieties are more hearty.

The fava beans are loving every second of this.

The parsley also. The bench in the back is not loving this. 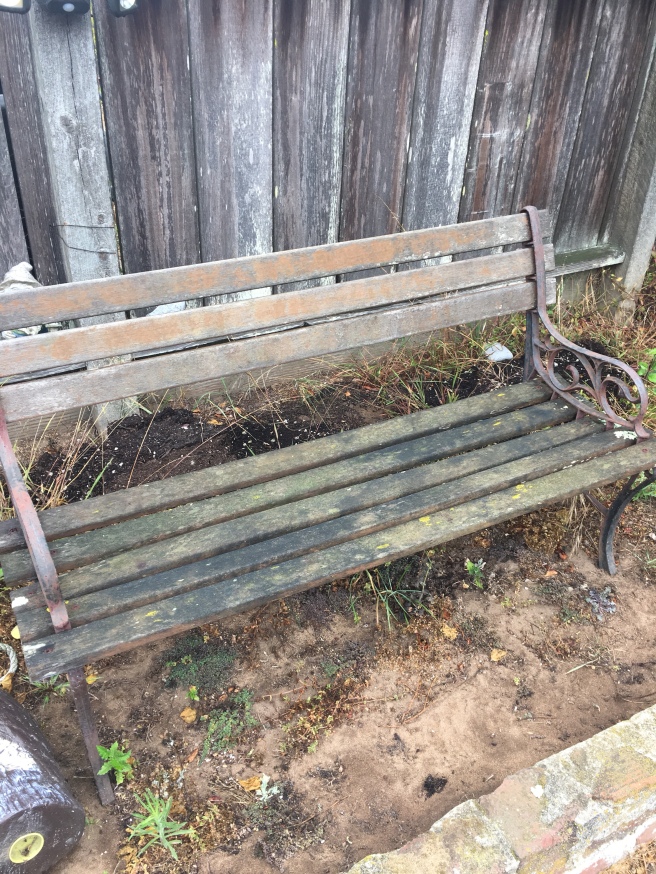 I’ve got to do something with it. Seal it? Paint it? Wood chipper it?

Be real nice if the rain didn’t kill my one damn tomato plant though!