My dinky little romanesco that ended up in a temp pot is actually producing. 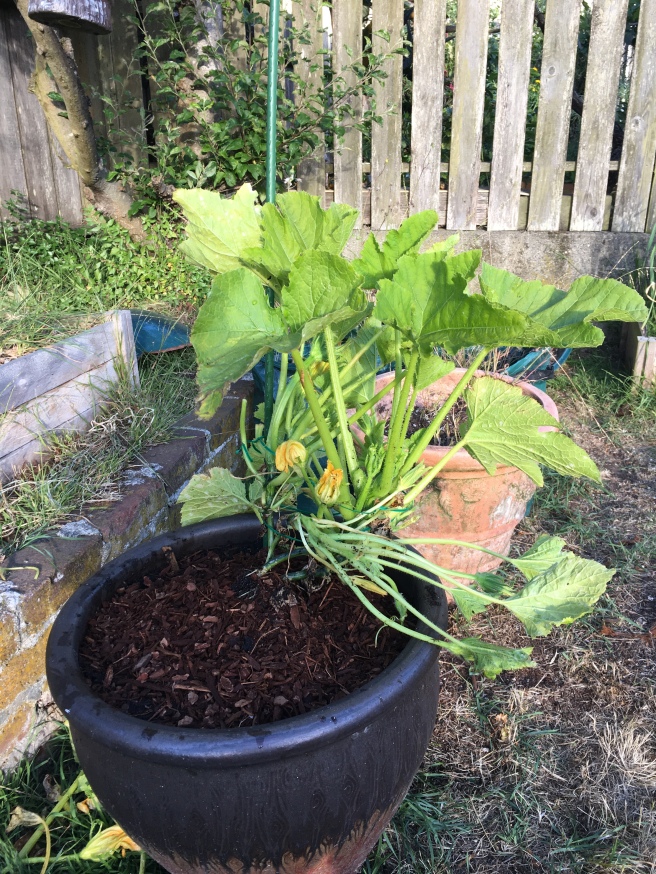 So he’s now in a better place. His final pot placement is an ongoing question as I move things around, but hopefully in a big pot I won’t have to worry so much. 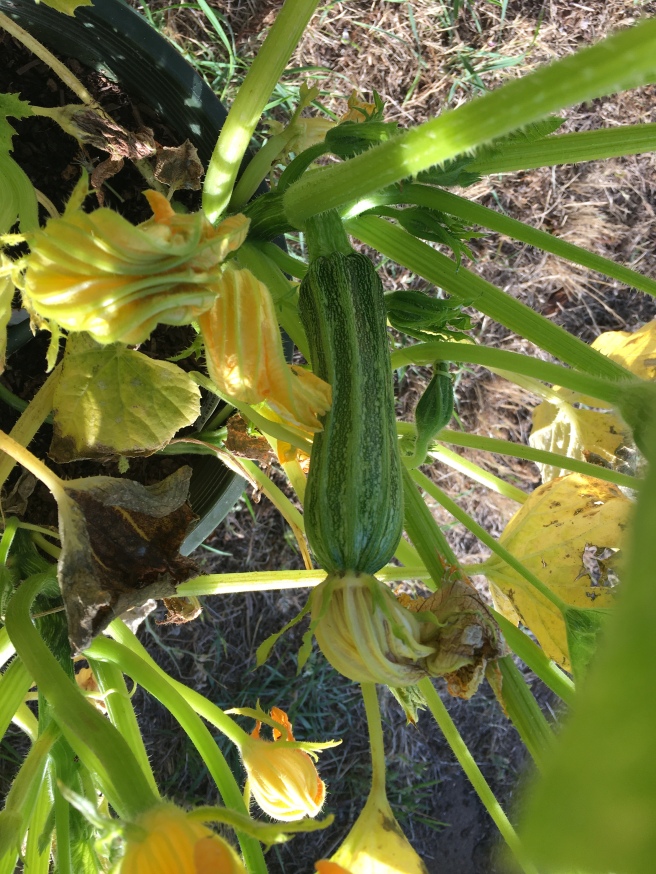 But seriously- it’s like three plants in one pot and they’re pumping out squashes this big!

Of course my large standard zucchini plant in the large green pot is also… at attention. 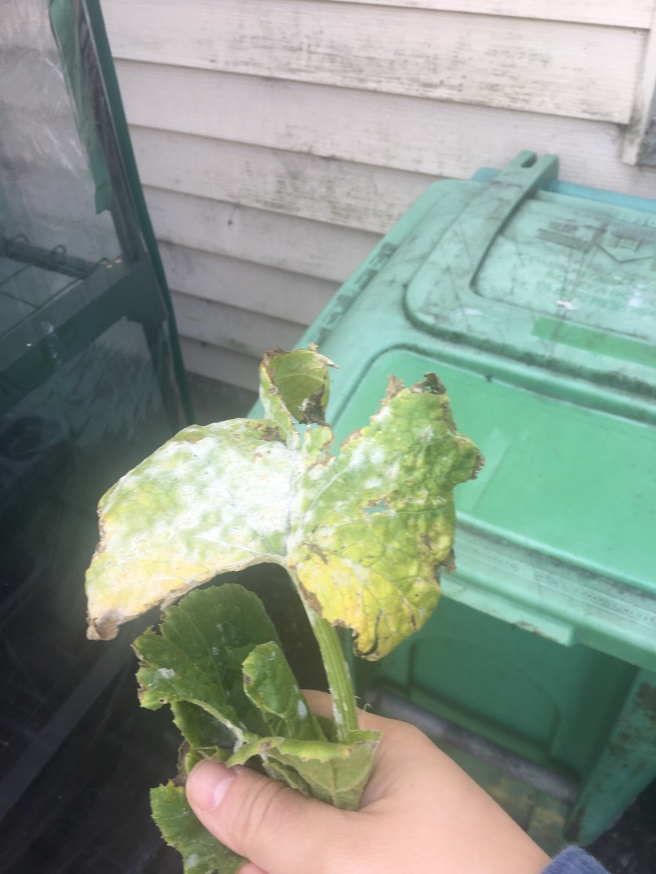 All of the zucchinis are also falling prey to the perennial issue of powdery mildew. But that’s easy enough to control, just cut off the bad bits and try not to wet the leaves.

The ball zucchini in the large bed are also growing well, though you can see a few failures next to this glory hound.

But the main zucchini plants are just sort of generally incredible so I’m not terribly surprised.

The less said about my other ball zucchini plants that are up with the bolting celery the better- but even that stunted fellow looks like it’ll be bearing fruit soon.

I may have overplanted.

Pretty good problem to have!

One thought on “Right on time- Zucchini madness”