Or don’t. It’s up to you. Besides the usual parsley, thyme, sage, oregano and others in my herb patches/pots- I have been experimenting with putting in more interesting specimens when they’re available. Some were herbs I have always been interested in- like lovage (Levisticum officinale), an herb favored by Ancient Rome and still planted in Italy, but not really used today in America. I think lovage will get its own post; it has impressed me way beyond what I expected- All I’ll say for now, if you have the spot/pot for a new herb, plant lovage.

I tried Rue (Ruta graveolens)- not for my use but for repelling the neighborhood feral cats. It didn’t work, probably because it was only one plant. Problem with Rue is… it’s kinda toxic. I got kinda spooked and pulled it. Replaced it with a baby fennel, which to be fair to the Rue- I’m much more likely to use!

My biggest success as far as lesser known herb actually isn’t a lesser known herb. It’s known in the West as a plant for borders and decoration, but all over east Asia it’s known as a food herb. I’m talking about what is called in Japan as Shiso! (Perilla frutescens var. crispa) It has other names in other countries, in this country it’s generally known as Shiso. If you have no idea what I’m talking about, it’s that green herb that you get your sushi on in Japanese restaurants. In England it’s known as “beefsteak plant”, or at least the red variety is (which is very beefy colored) but in the West it’s known better as Perilla. It’s used more as a border or as a decoration than for food. It has a pretty unique taste, sometimes described as a cross between mint and basil. I like it and have two plants- a well established bi-colored variety and a new one which is the traditional green type. There are a TON of varieties though, both culinary and decorative and it has different names depending on the country of origin. 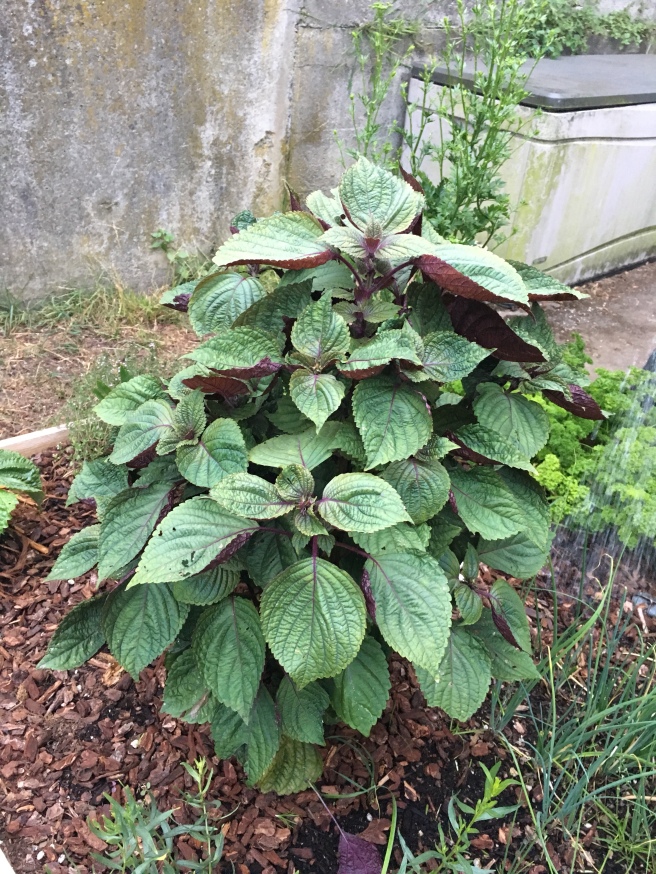 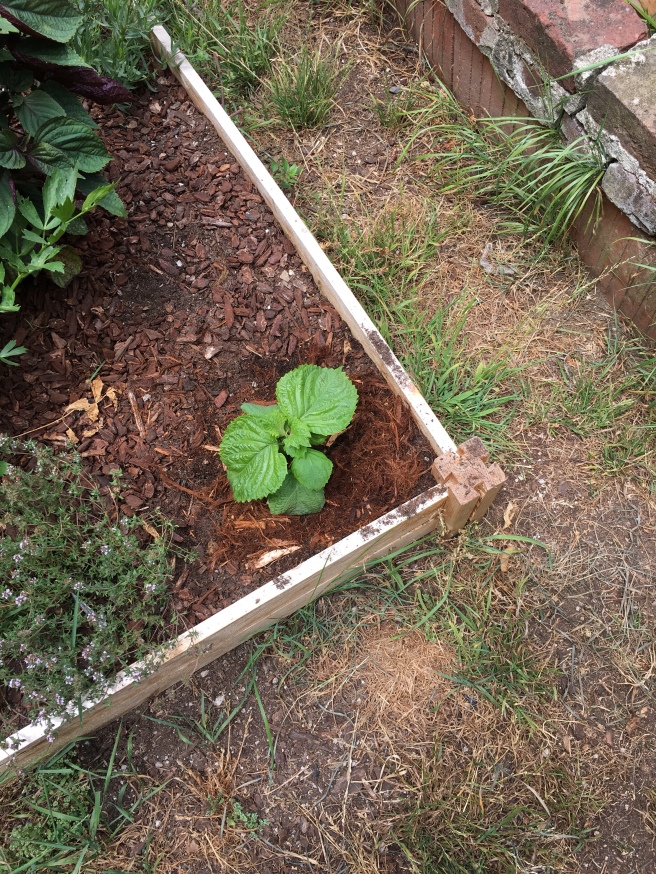 The red varieties tend to be a little more fibrous than the green or bi-colored varieties. They’re all edible as far as I know.

The other interesting herb I have is hyssop (Hyssopus officinalis). It’s mentioned in the Bible, though there is some debate if that hyssop is *this* hyssop as Hebrew to Greek to Latin to English translation errors make biblical plant identification a little dodgy. It’s widely used in the Middle East to this day, Za’atar has hyssop in it, along with sumac. Hyssop has one problem for me- it smells to me the way cough drops taste. Which is an actual thing! Hyssop has some anti-cough/expectorant properties, and it’s been used medicinally for centuries. So while I love Za’atar- I’m not sure I’m going to use hyssop in food. 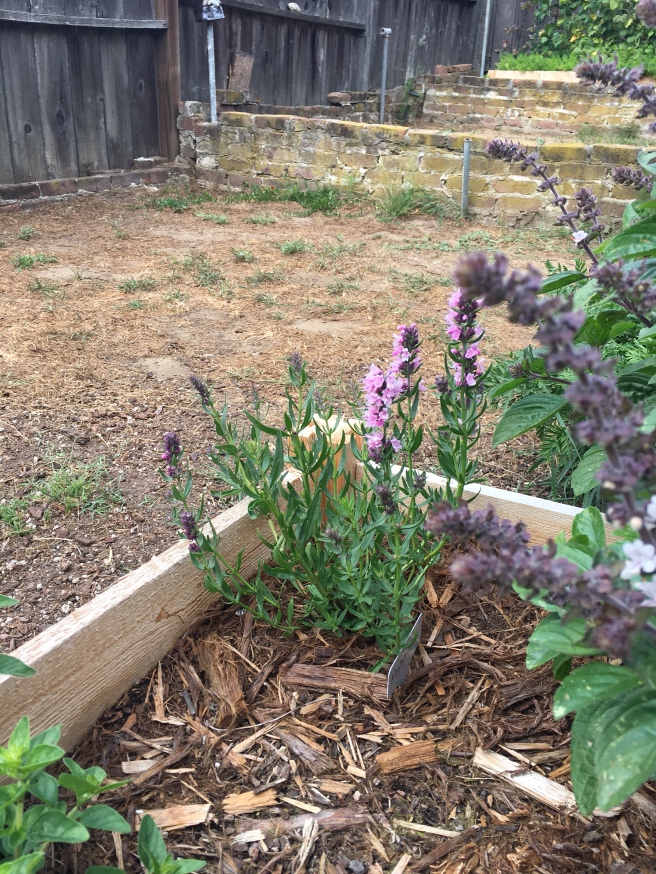 It is really pretty though, with those nice pink flowers- and hey, winter is coming, and I’m sure I’ll be glad to have it when cold season rears it’s ugly head. I can’t take traditional cough suppressants/expectorants- guaifenesin gives me hallucinations among other terrible side effects, so maybe planting the plant that smells like a lozenge will benefit me in the end.

Seek out your herb section in your local garden center, or try interesting herbs from seeds. If you don’t like it- like my Rue, you can always put it in the compost bin. But for every Rue, there’s Lovage. Which deserves its own post. (Because it’s so good)